Open relationships aren’t as complicated as you think 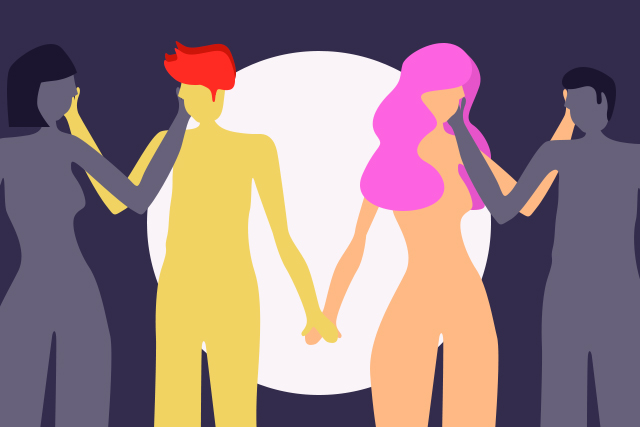 The film is about a couple who’ve been together for 14 years, but Ethan doesn’t want to settle down with Rome just yet. And because of their rocky relationship, they agree to open it and see other people in hopes of fixing whatever’s wrong.

Based on the trailer, Ethan was the only one who was seeing (and sleeping with) another woman. Meanwhile, Rome is seen turning down a kiss from another man, and later asking why it’s so easy for her boyfriend to pursue another person.

When the trailer came out, the discussion on open relationships was everywhere online. Many said the relationship in the movie isn’t technically open because Rome wasn’t okay with it. While others said this is just another excuse to cheat on your partner, the only difference is that they know.

Aimee Cando tells us it’s basically a non-monogamous relationship wherein someone is “able to pursue romantic or sexual connections with people with their partner’s consent.” Some would argue that it’s no different from a polyamorous relationship, but that’s a misconception. As HuffPost would describe, being in an open relationship doesn’t mean you’re committed to multiple relationships all at once.

So, why do people enter into this arrangement? The usual answer we found was that it suit their lifestyles as individuals and as a couple. Aimee’s boyfriend, Matt Alea, says their current setup is ideal for them because his partner is used to a polyamorous.

Both Aimee and Matt put communication in the forefront of their relationship. It’s important for them—and for every other couple in open relationships—to let their partners know if they’re planning to pursue someone else. “I care about their happiness and I trust them enough to respect me,” Matt says.

Meanwhile, others agree to an open relationship to meet certain needs. Romeo Moran says in his previous relationship “we wanted to be physical with other people for various reasons.”

The pros and cons

When we asked about the easiest part of being in an open relationship, most of them said it’s the freedom to see anyone outside of their respective relationships.

For Australia-based student Jan Heenan, she mostly dates around whenever she comes home to the Philippines. “Sometimes I get attached or they get attached, and I propose an open relationship so that I get to see other people, lessen the attachment, and hopefully not hurt the people I’m seeing in the long run,” she explains. “I tend to encourage them to see other people too so I don’t feel like the decision was completely one-sided.”

Meanwhile, Aimee says this freedom allows her to find people who make her happy and fully knowing her partner, Matt, supports her. At the same time, she also gives the same support whenever he decides to “experience other people and opportunities.”

Of course, freedom has limits as well. It all goes back to communicating and being honest with each other about what’s going on. Which brings us to the next part: the cons.

Just like every relationship, jealousy is the common enemy of those in open relationships. “It can never really go away,” Jan says, noting that it’s important to ensure you’re not neglecting your partner.

Another downside is being lied to and your partner being attached to someone else. Matt shares that he still feels slightly traumatized by his previous relationship because his ex would keep secrets from him. “It compromised our relationship because she was experiencing problems with the other people she pursued and in turn, would blame me for why it wasn’t working even if I was always supportive,” he says.

Erra Oquialda tells us she didn’t even know her ex-boyfriend wanted an open relationship. She only found out when he started courting another woman. They eventually broke up because “I didn’t want to share him.”

On that note, here’s what you should remember: If you’re partner doesn’t know or disagrees with you seeing other people, then it’s not a fully open relationship. Simply because there’s no consent from the other party. It’s sort of the same situation in the Open trailer when Rome starts turning down her date because she can’t commit to her side of the deal.

Also: Going behind someone’s back and secretly seeing someone is cheating—period.

The first thing you need to know is an open relationship isn’t for everyone. Aimee’s advice is to “initiate it with the right person,” and being upfront with your wants and needs.

“If you think the person you want to be in a relationship with won’t be able to handle a non-monogamous setup, then move on from seeking that with them instead of insisting it!” she says.

Matt adds that you shouldn’t go into it for the sake of pleasing your partner. “Your own needs should always come first. You have to think about what’s good for you too,” he says.

Second: Romeo says you have to be able to compartmentalize physical and emotional needs. The latter is mostly to avoid unexpected attachments to other people.

Open relationships don’t have to be complicated—you and your partner just need to trust each other, and communicate if someone crosses a line. If you’re planning to go into it with your current or future partner, then we wish you the best of luck, and we hope you don’t end up like Rome and Ethan.

Related stories:
What if our relationships were treated like showbiz love teams?
Let’s talk about holiday flings, open relationships, and the emotions involved
Emotional cheating is real and hurts like a b*tch
Is Someone Great a realistic portrayal of moving on?