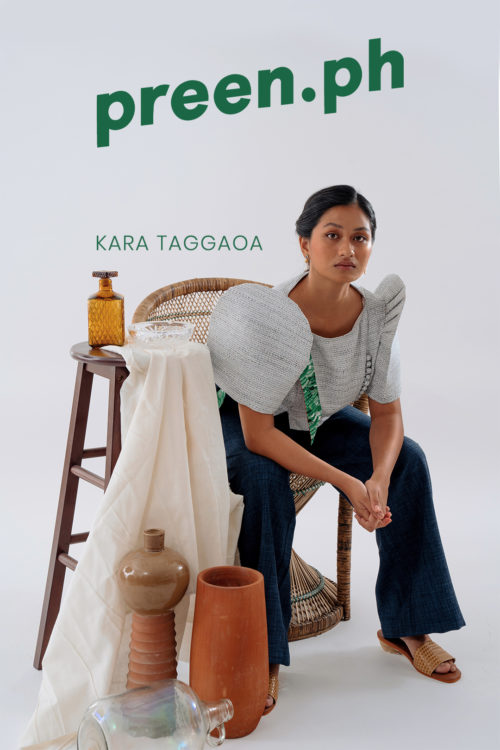 The words “young” and “woman” are now very apt descriptions of leaders in our generation today. The world is now evolving. Because of this, we tell the stories of these young women leaders who are actively fighting for change and for the plight of the youth living in the shadows of an anti-progressive society. These leaders of today are fighting for tomorrow.

Kara Taggaoa credits her mom for inspiring her to become a youth leader. At a young age, she was taught to stand up for what’s right and to fight for the rights of the oppressed.

As the national spokesperson for the League of Filipino Students (LFS), Kara represents the youth who want to fight for change and stand up against the government’s misdeeds. She cites that the youth today have bravely done that via mobilizations and educating themselves on the plight of workers and urban poor communities.

“It’s a necessity today kasi ang mga kabataan ang uhaw sa pagbabago,” (It’s a necessity today because the youth are looking for change) she tells us. “Kaya minsan kailangan nila ng push, ng maghihikayat. Nakita ko na kailangan mag-step up ng mga kabataan ngayon and that’s why pinili ko maging leader.” (Sometimes they need a push or someone to encourage them. I saw that the youth needs to step up now and that’s why I became a leader.)

Kara is also no stranger to criticism from political figures and their supporters. Because of our current administration, which has promoted a culture of hate and misogyny, she’s received death threats for simply standing up for herself and those who are red-tagging youth groups. Most notably, Kara called out Duterte Youth chairman Ronald Cardema for claiming that LFS is the main recruiter of NPA among the youth.

Despite the challenges, she’s not backing down one bit because the online threats she received is a small thing compared to the human rights abuses we’ve witnessed since 2016.

“It’s empowering [to be a woman leader in this political climate,]” she says. “Ang daming atake bilang kabataan, bilang babae, bilang estudyante, at bilang Pilipino. Instead na matakot tayo o malungkot, mas nakaka-empower yun kasi nabibigyan ka ng dahilan na ipagpatuloy yung ginagawa mo. Nabibigyan ka ng dahilan na mas lumaban.” (There are so many attacks against me as a young person, woman, student, and a Filipino. Instead of being afraid or sad, we should feel more empowered because it gives you a reason to continue. It gives you a reason to fight more.)

According to ABS-CBN News, over 6,000 people have been killed in the span of three years because of the PNP’s Oplan Tokhang, which is the government’s crackdown on drugs. Pres. Rodrigo Duterte has also said he’s open to extending the Martial Law in Mindanao for one more year, claiming that terrorism still exists in the region. Not to mention the fact several farmers and fishermen are losing their livelihood, workers are still contractualized, and minorities are being kicked out of their homes.

This isn’t the future people want to see or would want the youth to live through. This is why leaders like Kara speak up—it’s to ensure a better future and to give justice to the efforts of the previous generation. If our elders and parents fought the revolution and marched in protests to keep us safe, then the youth today can do the same.

“Lagi naman nating sinasabi at babalikan yung pagiging pag-asa ng bayan. Hindi lang siya description sa youth, it’s a challenge na kailangan nating i-take up para sa mga kabataan,” (We always say and go back to the concept of being the hope of the nation. It’s not just a description of the youth, it’s a challenge we need to take up for the younger generation) Kara says.

And just like how Kara’s mom taught her to stand up for what’s right, the youth can also learn a thing or two from her.

Related stories:
Women Youth Voices: Sarah Elago on being one of the youngest lawmakers in the Philippines
Women Youth Voices: Alex Danday believes in the voice of the youth
This youth group is looking past trolls and harassment to fight a possible dictatorship
Forces for Change: 15 women fight for global re-intervention