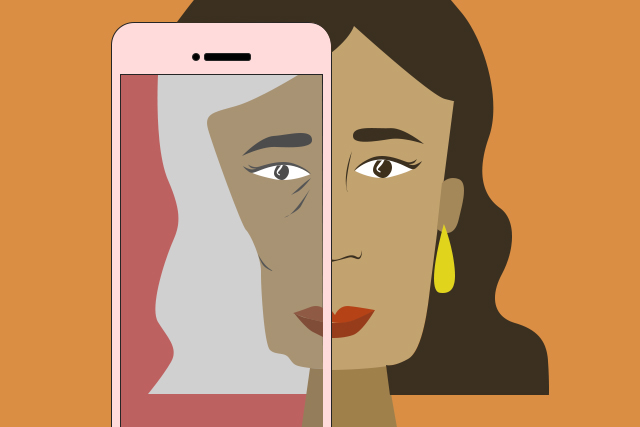 Things that seemed impossible before, and seen only in sci-fi movies are slowly becoming very real. It’s an exciting, albeit suspicious age we’re living in. If you’ve seen Mr. Robot or Black Mirror, you’ll stay away from the internet and social media… for a time, at least. I’m sure even fans would agree that technology and all its wonders is just too irresistable for people to resist. The trends are so different now, especially online. The current craze? FaceApp. I’m sure you’ve heard of it. But nonetheless, allow me to walk you through it. After all, it won’t hurt for you to actually understand the app and caze better.

What is Face App and how does it work?

Quite simply, FaceApp is a simple photo-morphing app created by Wireless Lab. While it’s currently best recognized for the face-aging filter, it does offer other “neural face transformations.” For instance, it can alter a face to become younger, or make it look like the opposite gender (they even briefly had a filter that transforms you to another race). It uses artificial intelligence to create the facial alterations.

According to India Today, “Using deep generative convolutional neural networks, the FaceApp’s algorithm takes the picture of your face as input and adjusts it on the basis of other imagery. Its neural engine can add the features like hair colours, beards, and swap genders among other transformations of your picture.”

If you want to get specific about the face-aging filter, Derek Eder, founder and principal at Chicago-based civic technology company DataMade explained to WTTW that, “programmers ‘teach’ FaceApp about the visible signs of aging by feeding it an enormous number of photos of people at different stages of life.” In essence, this has allowed the app to “figure out what aging does to a person’s face over time, to train an algorithm to do that to a photo,” he said.

Why is everyone obsessed with it?

Why did an egg become the most-liked photo on Instagram? What I’m trying to say is, the internet is a strange place, and questions like this, well, requires a deeper study on the human psyche. And I’m sorry, but I won’t even try and go there. But let me cover what I can.

Actually, this isn’t the first time the app has gone viral. First launched in 2017, their gender-swap filter has also become popular among users. But I think one thing that we’ve learned here, is once you’ve attached the term “challenge,” people in the internet generally take notice. So basically everyone now takes on the #faceappchallenge.

Of course, it helps that famous people, such as Miley Cyrus, the Jonas Brothers, V of BTS, and many more, are into the challenge too.

Also, people are curious beings and it’s understandable for us to wonder about what the future looks like…. Or more specifically—because we’re also naturally vain creatures— what we look like in the future (If we solve the climate change and actually live that long.)

The Fader also notes, “One of the reasons behind FaceApp’s explosion in popularity is its price: free to use, with additional filters unlocked with a subscription.” However, as the site also stressed, you still somehow pay a price for using the app. I’m talking about privacy.

Should I delete it?

If you already have FaceApp, I’m sure you’ve agreed to the terms without really reading them, so let us explain. We’ve already covered how the filter feature works. But aside from the algorithm, it’s also important to note that for the app to function, it requires access to data from the user, and then stores them in cloud servers. So what do they do with these data? That’s exactly what worries the public.

Actually, this app’s privacy issues are in no way new. It’s just that, as The Atlantic highlights, FaceApp is the product of a “relatively unknown company in Russia—a provenance that, amid evidence of election interference and other misdeeds by Russian hackers, has raised widespread concerns in Washington.” In fact, members of the US government are calling out the app as a privacy threat, and even went as far as suggesting for the involvement of the FBI.

Because millions of Americans have used it

It’s owned by a Russia-based company

And users are required to provide full, irrevocable access to their personal photos & data pic.twitter.com/cejLLwBQcr

In response to growing criticism, Wireless Lab issued a statement claiming that “most” photos are deleted within 48 hours. They also said users can specifically request for their data to be deleted. However, like The Atlantic points out, “There are no legal guarantees for this in the privacy policy.” And as for the latter statement, “The process for doing this is not noted in the policy either.”

So just how big of a threat is it really? Well the truth is, according to many reports, it’s just as threatening as any other app you probably have on your phone right now, such as Snapchat, Instagram, and Facebook. The only difference is its origin. “Concerns about Russian apps stem from the close relationship between government and industry, and the likelihood that Russian companies will be unable to fight government requests for data,” The Atlantic wrote. But while “Apps developed by large American companies, such as Snapchat and Instagram, do generally at least try to comply with existing privacy laws,” sadly, there’s still no real assurance for users. The Cambridge Analytica scandal is proof of that.

So even though Yaroslav Goncharov, founder of Wireless Lab, said in a statement to Tech Crunch, “We don’t sell or share any user data with any third parties,” and asserted that “Even though the core R&D team is located in Russia, the user data is not transferred to Russia,” we can only take his statements at face value.

The developers of #FaceApp have released a statement that addresses the concerns that their own (!) T&Cs have caused. https://t.co/DK097t2AJz

In a report by ABC News, their chief business correspondent, Rebecca Jarvis, explained that “FaceApp’s privacy page says they may share user content and your information with businesses that are legally part of the same group of companies.” She said this means once you grant access to FaceApp, “you are granting access to all of those companies.”

But like we said, FaceApp’s policies aren’t new. In fact, experts say users must be wary of any free app. “You’re getting the access to your phone so all of your contacts, all of your pictures. Once you allow that, you are giving away everything,” Rebecca said. “That’s how they’re paying for it. Free isn’t actually free. They’re giving away your information.”

IFL reaffirms this. To quote the site, “Most apps, including Facebook and Twitter, require users to agree to a curiously far-reaching set of terms and conditions that allows access to your data. This data, which can be used and sold, is effectively the currency you are using to buy the app. As it’s often said, ‘If you are not paying for it, you’re not the customer; you’re the product being sold.’”

So in conclusion, yes, you must worry about FaceApp—but no more than any other app which requires access to your data—especially the free ones. We’re at the age where the notion of privacy is not the same as it used to be. So just know what you’re exchanging for a challenge or a number of likes. And decide if it’s worth it or, at the very least, you’re comfortable enough to agree to it.

Related stories:
Privacy breach: FaceApp is clawing your personal data
We want this app that undresses women using AI to stay dead
Why Instagram isn’t as safe as you think it is
Preen Picks: Planner apps to help you get your sh*t together