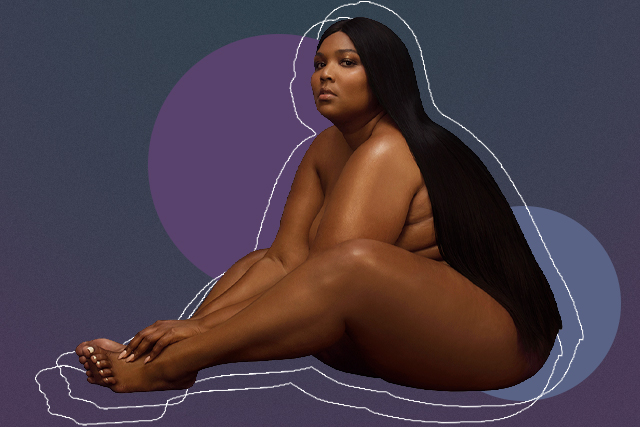 A couple of years ago, Lizzo was just a blip in the R&B and hip-hop stratosphere. Now, she’s practically taken over the airwaves with her chart-topping album Cuz I Love You which includes anthems like “Juice” and “Truth Hurts.” Her electrifying performances during this year’s MTV Movie & TV Awards and BET Awards have been the topic of many social media posts.

More than being a singer, Lizzo has also been touted as a body representation and self-love icon—she also proudly called herself an advocate of both causes on multiple occasions. She doesn’t have a conventionally slim figure as other popular female singers, and she doesn’t care. You can see she’s just living life one empowering song at a time.

If you haven’t listened to Lizzo, what are you doing with your life? She is the self-love #kween you should be paying attention to. Here are some examples of her best moments.

She loves singing about her body

In an interview on The Daily Show with Trevor Noah, Lizzo talked about people praising her for being so “brave” in flaunting and singing about her body. “You know what’s interesting? Before the term ‘body positivity’ became this mainstream thing, I was making music about my body that was positive,” she said. She then talked about performing her track “I’m in Love With Myself” in 2015 and people would seem shocked, questioning if she really loved herself and her body.

“What are you questioning about me and my body, and my love for myself? You’re not me. You want me to hate myself?” Lizzo said. “At this point, my mere existence is like a form of activism, especially in the body-positive community. ”

However, Lizzo made it clear that she’s making music so she can “live a happier and healthier life.” The impact her music has on the world is just an added bonus for her.

Lizzo’s Cuz I Love You album cover shows her naked and unedited. She also did a similar shoot for Rolling Stone shortly after being confirmed to star in the stripper heist flick Hustlers.

PUT ME IN THE LOUVRE ?bitch @rollingstone (2-page spread of my fineass on newsstands now!)

If you scroll through her Instagram feed, you’ll see several selfies where she’s just downright feeling herself in her underwear and her one-piece leotards.

In the Daily Show interview, Lizzo confidently said, “I wear nudity well. I wear my skin well.” So she’s basically raising a middle finger to societal standards that say plus-sized women shouldn’t show off their curves, rolls, or cellulite. Work it!

What sets Lizzo apart from other singers is she incorporates her flute-playing skills in her music and performances. During the BETs, for example, she pulled out her flute in the middle of her “Truth Hurts” performance, gaining her a standing ovation from Rihanna.

In an Instagram video, Lizzo shared she’s a classically trained flutist. According to NPR, she was part of a marching band from eighth grade to college. She also showed how to assemble Sasha Flute (yes, she has a name) and played the F note for all the haters who doubted her ability. God, we don’t deserve her.

PSA for the weirdos that think I have the TIME to fabricate a flute back-story, RENT a flute to tour with and PRETEND to play. ? Bitch, I’m a full time artist. I been on this flute shit, read my old interviews ho! Enjoy this F natural??

Now, in movies, “band geeks” are usually outcasts in schools. Lizzo even admitted to Trevor Noah she used to be ashamed of her talent when she was still doing rap music. But she later proved it’s neither a disadvantage nor an embarrassing talent. It’s a blessing, especially now that her fluting skills are well-known all over the world.

So if you’ve ever been told you were uncool for having an unconventional talent, just remember it’s a part of you and you can use it to make a name for yourself if you want to.

I self-love so hard because everything feels like rejection… it feel like the whole world be ghostin me sometimes. Sad af today. But this too shall pass. S/O all the messages of love. Thank you.

Lizzo is a good example of someone who’s so positive but still has her down moments, and she’s not ashamed of that. During one of her depressive episodes, she shared it on social media and thanked the people who’ve reached out to her. A day after, she talked to her followers on Instagram Live about allowing oneself to be emotionally honest and “[using] sadness constructively in real time for gratitude.”

“Reaching out may be hard but as soon as I did it, I was immediately covered in love. I used to think of sadness as a constant with fleeting moments of joy in between… but it’s a wave [of] joy, sadness, joy, sadness—and my sadness can be as temporary as my joy,” she wrote on Instagram.

In a way, giving yourself space and time to feel sad about anything is a form of self-love. It just means you’re allowing yourself to rid your system of whatever’s bothering or hurting you at the moment. What’s important is how you get up and not let these feelings destroy you. Also, don’t be afraid to talk to someone and ask for help when you’re ready.

Makes sure she shares the positive vibes with her fans

Beyond her music, Lizzo makes sure she communicates with her fans during her shows. One of the best examples is her speech before “Good As Hell” at Glastonbury Festival 2019. She told fans to repeat this mantra to themselves and to the people next to them: “I love you, you are beautiful, and you can do anything!”

Can you do me a HUGE favor?… no matter what you’re doing right now… can you take a second and pause? Now.. Take 3 deep breaths… 1 … 2 …. and a super deep breath on 3….. imagine pure love coming into your body and hold it right on your heart. Then say to yourself: “I LOVE YOU. YOU ARE BEAUTIFUL. AND YOU CAN DO ANYTHING.” Repeat as many times as you need. Thank you, I really appreciate it ??‍♀️???

“I want you to say that because I believe that we can save the world if we save ourselves first,” she said. BRB, telling ourselves that in the mirror right now!

Related stories:
Preen Picks: Women in music you should know about
Press play: 5 empowering female musicians
The idol group that wants to break the “fat” stigma
Hold your tears (or not): Music videos that’ll make you feel all the feels

Next
Sorry ‘90s kids, but ‘The Lion King’ remake lost the Disney magic