Dionne Umalla is the 5th woman to become PMA valedictorian 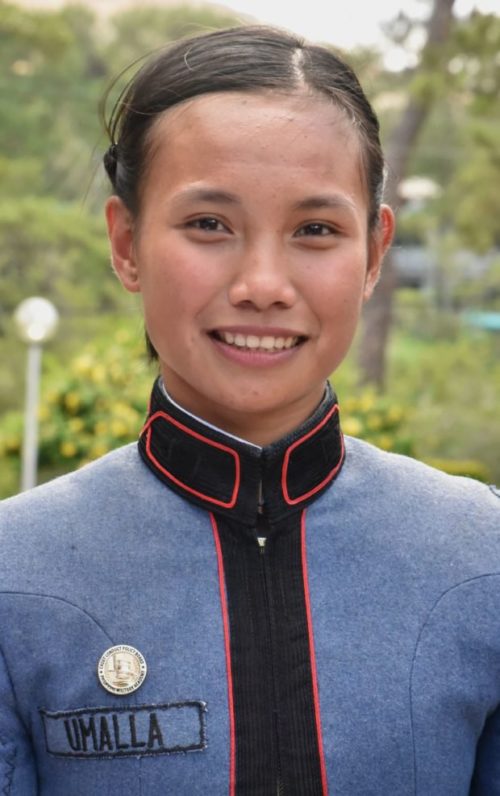 Congratulations are in order for Cadet First Class Dionne Umalla. She graduated top of her class in the Philippine Military Academy, a male-dominated academy. The 21-year-old is the 5th woman to become valedictorian since the PMA allowed women to enter in 1993.

Dionne will lead Class of 2019, “Mabalasik,” during their commencement rites on May 26. Her batch has 73 female cadets, five are in the Top 10. The other women joining Dionne are Cadets First Class Jahziel Tandoc, Marnel Fundales, Glyn Marapao, and Ruth Pasos.

Dionne told Inquirer.net that her mother was the one who convinced her to study in PMA. “Because I love her so much, I cannot say no. She was the reason I reached this far,” she said. She also said her mom’s unwavering love and support was one of the reasons why she’s valedictorian right now.

After graduating, Dionne will join the Navy. She said “she was heavily influenced by her squad leaders in joining the Navy as well as her taking a fancy to the Navy logo, which contains the mythical merlion.”

Best of luck to Dionne and the other PMA graduates!

Related stories:
The Special Action Force has an opening for female soldiers
Fans praise Alden Richards’ role as a Marawi siege soldier
We don’t believe having four female senators is a win for feminism
Do we really consider our heroes based on their celebrity status?

Next
Movies about mental health: Did they do it right?