Appreciation post for Katie Bouman, one woman who made that black hole photo possible 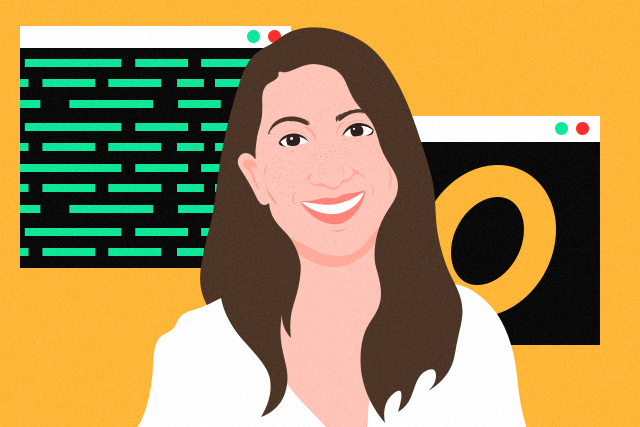 Who would have thought that in this lifetime, we’d be able to see the first ever image of my soul? Kidding. But seriously, the recently unveiled black hole photo is a big deal, to say the least. Obviously, it’s no easy feat. For one, black holes are extremely far away and compact. CNN put it this way: “Imagine trying to take a photo of an orange that’s on the moon with your smartphone. It seems impossible.” Plus, by definition, black holes are supposed to be invisible (although they can give off a shadow when they interact with the material around them.) It took years of hard work and a team of more than 200 researchers from all over the world for us to see the groundbreaking image which more or less confirmed what Albert Einstein theorized more than a century ago.

It goes without saying that all the members of the team deserve recognition. One in particular is getting her rightly-deserved spotlight on social media: Katie Bouman. Three years ago, Katie led the creation of an algorithm that helped devise imaging methods. While it’s true she’s not the only woman on the team (the majority of her colleagues were still men), and while she stressed, “No one of us could’ve done it alone”—Katie is celebrated for what she has come to represent.

This is so cool. Can't wait to show my 3rd grade daughter! She loves space and desperately wants to know what was "here" before the universe existed.

On social media, photos of her have become viral. In one of them, she is seen standing next to a table stacked with hard drives of data used to get the image. Some people deftly pointed out that it resembles the iconic 1969 image of Margaret Hamilton with the stack of Apollo guidance software code she and her team developed. Katie’s work moreover brought up the conversation on how, historically, women scientists were rarely given the recognition they deserve.

Though we have made progress, I think women in STEM are still greatly undervalued. So let’s start by giving Katie the attention she deserves. Read on; these facts about the 29-year-old scientist may inspire you even more.

She worked on the project while still in school

When Katie became a part of the team, she was actually still a graduate student at the Massachusetts Institute of Technology. “(Katie) was a major part of one of the imaging subteams,” said Vincent Fish, a research scientist at MIT’s Haystack Observatory. While senior scientists worked on the project, Fisher revealed that the imaging portion was mostly led by junior researchers.

If you’re curious about the “imaging portion” he’s talking about, let me explain. Basically, there’s this thing called Event Horizon Telescope (EHT), a network of telescopes put around the globe which collected data about M87, the galaxy where the blackhole is situated. However, the millions of gigabytes of data collected still has large gaps which had to be filled in for it to make sense. Using imaging algorithms, Katie and her teammates took the “sparse and noisy data” and tried to make an image. Katie’s role was to direct the verification of images and selection of imaging parameters. “We developed ways to generate synthetic data and used different algorithms and tested blindly to see if we can recover an image,” she told CNN. “We didn’t want to just develop one algorithm. We wanted to develop many different algorithms that all have different assumptions built into them. If all of them recover the same general structure, then that builds your confidence.” So for those who still doubt the image and already working on disproving the findings, good luck with that.

She’s no expert on astrophysics

Far from it actually. When Katie joined the team six years ago, she knew zilch about black holes. In fact, her background was in computer science. But since her passion is “coming up with ways to see or measure things that are invisible,” you could see why she’s perfect for the project. She did more than just develop algorithms for the successful realization of their goal too. “What I did was brought the culture of testing ourselves,” she shares. According to Time, “The project combined experts from all sorts of scientific backgrounds, ranging from physicists to mathematicians, and [Katie] saw the work through the lens of computer science, stressing the importance of running tests on synthetic data and making sure that the methods they used to make the image kept human bias out of the equation.” Clearly, Katie knows how to take charge. The future is female, indeed.

She’s not yet done with the black hole project

Katie has already graduated and is set to start as an assistant professor at the California Institute of Technology soon. True to her passion, she is currently excited for “all the other unseeable things that might be seen with the right combination of hardware and software.” In the past, she has already worked on measuring tiny motions invisible to the naked eye in order to analyze tiny shadows and determine the material properties of objects in videos. This might come in handy for her future researches. You’d be glad to know that she’s planning on continuing her work with the EHT team. She reveals that they are adding satellite dishes in space, in addition to the telescopes placed here on Earth to achieve the famous image. With the increased perspective and power, Katie says it’s possible that beyond the images, they might be able to make videos of black holes. Woah, imagine that!

If you’re as excited as I am, remember that feeling, ‘cause it may just lead you to become the next female genius we will be celebrating. Take it from Katie: “As long as you’re excited and you’re motivated to work on it, then you should never feel like you can’t do it.”

Previous
This is your chance to learn Daenerys Targaryen’s language