It isn’t hard to behave properly in a foreign country 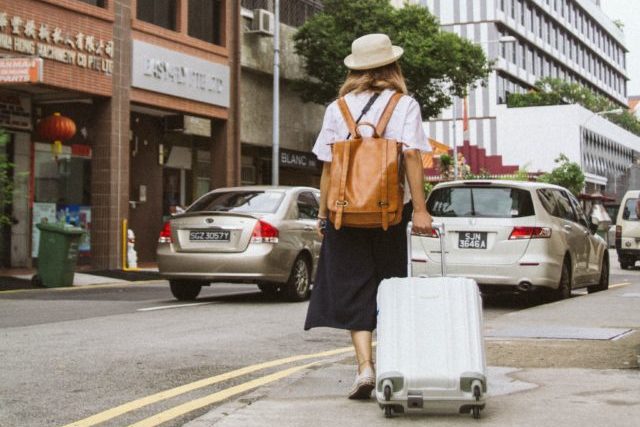 When traveling, it’s not always about what you should and shouldn’t pack in your bags; nor about what to wear at the airport. Those are rules that you are required to know the moment you plan a trip. However, you should also take note of things like how to act in a country that has a different culture than you, as well as respecting certain landmarks.

Remember: When you leave your home region or country, you are a visitor in foreign territory. If you don’t like house guests being disrespectful in your own home, you should give the same courtesy when you’re traveling. Allow us to give you a quick guide on what you need to Google if you have a trip planned out.

Be sensitive of the context of historical landmarks

You might’ve seen how people would pose for photos at the Auschwitz Museum in Poland. Some tourists may think balancing on the railroad tracks is great for the ‘gram, but it’s disrespectful because the museum itself is “the site when over 1 million people were killed.”

When you come to @AuschwitzMuseum remember you are at the site where over 1 million people were killed. Respect their memory. There are better places to learn how to walk on a balance beam than the site which symbolizes deportation of hundreds of thousands to their deaths. pic.twitter.com/TxJk9FgxWl

On Twitter, Auschwitz Memorial called out this behavior, emphasizing they’re not banning photography. But what they do ask is for visitors to behave appropriately and to respect the site. They’ve also linked back to their Instagram account to show how to take photos without offending Holocaust victims and survivors.

It’s the same with locations like the Nagasaki Atomic Bomb Museum in Japan. You shouldn’t act inappropriately while at the venue. The citizens of Nagasaki go there to remember what happened and the ones they lost in the deadly explosion. There’s even a monolith for where the bomb dropped and killed most of Nagasaki’s population during World War II—that should be enough to keep you in check.

So, rule number one: Do research on the sites you’re going to. If it’s a location that has a history of suffering and death, treat it as such and not like you’re in Disneyland.

Be careful when you take photos or videos

READ MORE: Take a day away from busy Dubai, and go museum-hopping in Sharjah

This isn’t limited to the UAE—apparently, Brazil, Spain, and Switzerland have similar laws. On the other hand, while some countries allow candid photography, you might still need to ask permission to post the photo on social media.

That said, let us also take this time to remind you: Not everything you see should be documented. One horrible example you shouldn’t follow: Logan Paul showing a dead body on his vlog while at Aokigahara, aka the “Suicide Forest,” in Japan. Just don’t.

Study the language, don’t make fun of it

It’s not required to be fluent in a foreign language. You just need to learn the basics like asking where a certain place is, pleasantries, and how to apologize, among others. What you shouldn’t do is make up words to intentionally ridicule the language.

Actually, you should remember this even when you’re not following. And yes, I’m looking at people who like speaking gibberish when they’re imitating/mocking Asian languages.

Every country has different interpretations on hand signals and body languages. Before leaving, research which ones may translate to something offensive. You don’t want to accidentally flip someone off.

Okay, dress codes suck in general. But if you’re going to a holy temple in Thailand or India, you have to abide by their rules. Don’t worry though because most have changing areas where they lend pieces to wear.

Some temples also aren’t strict about certain pieces. You can easily look up these rules online, or ask your tour guide when you arrive.

This is common decency. Apologize when you bump into someone, don’t intentionally shove people away from you, and say thank you when you you buy something. Don’t act like you’re in a bubble when you’re abroad.

Next
So, when is Noah Centineo visiting Manila?