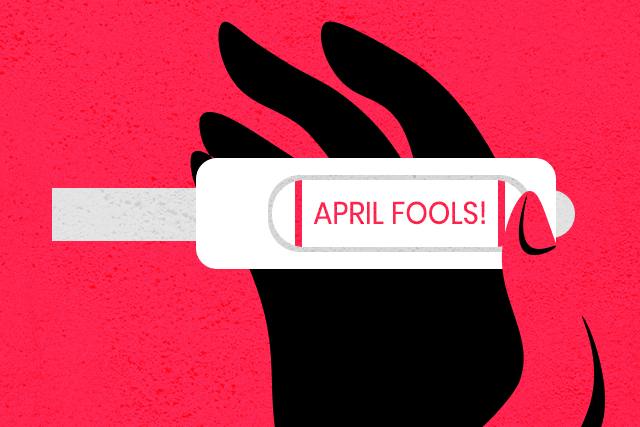 I don’t mean to sound like a party-pooper, but I dislike April Fools’ Day. I have trust issues already and this day is just fueling it even more because you don’t know if someone’s telling the truth or not.

I’ll admit, though, some pranks are funny when they’re executed perfectly, without harming anyone. However, there are people who go too far and border towards insensitive. One recent example is Justin Bieber, who announced his wife, Hailey Baldwin’s fake pregnancy.

The singer first posted a photo of a sonogram, and then doubled down on the joke by making another post showing Hailey in what looks like a hospital bed. If you look at the second photo close enough, it’s obvious it’s a fake hospital room because there’s no ultrasound machine in sight. Still, fans ate it up and believed the couple’s actually expecting their first baby.

If U thought it was April fools

However, Justin squashed everyone’s expectations and posted another sonogram photo featuring a badly-Photoshopped pic of a puppy.

Wait omg is that a,,, APRIL FOOLS

This happened in light of Justin announcing his hiatus to focus on his marriage and family, sparking rumors that Hailey might be pregnant. Vogue noted that the couple might be extending a deeper message about “female celebrities dodging pregnancy rumors.”

If they thought that was deep, wait till they hear why it’s insensitive. Sure, these posts may be funny for some people. What they may not realize is this isn’t a good joke to make when there are women who are struggling with fertility issues.

READ MORE: Justin Bieber wants to focus on his marriage, mental health, and becoming a parent

According to the Maternal Health Task Force, around 50 million couples worldwide are dealing with infertility. Studies say this is common among women who are trying to have a second child, but Independent cited that birth rates among 20-something women have dropped. Mayo Clinic enumerated possible causes for this, including reproductive conditions like PCOS and endometriosis.

This also isn’t limited to couples trying to get pregnant, but failing to do so. Women who do get pregnant may also experience miscarriages during the first trimester. A 2018 study found that 1 in 4 women (10 to 20 percent) experience a “spontaneous abortion.”

READ MORE: Climate change can cause miscarriages: Why you should be alarmed

Not only will this affect a woman’s body, it can also have negative effects on their mental health. A study published on NCBI found that 20 percent of women “become symptomatic for depression and/or anxiety” after experiencing a miscarriage. There’s also a higher risk for psychiatric morbidity for women who are younger and/or living in a lower socioeconomic class.

Imagine someone using pregnancy as a punchline. Meanwhile, many women who want kids are actually struggling to conceive and keep their unborn babies. Oh, and Justin isn’t the first person to do this, either. There have been several people in my social media circles who’ve made the same joke, relishing in the attention it got them at that moment.

So, no, you don’t get a free pass to post about being pregnant for the April Fools’ Day attention, or to possibly make a statement. It’s not a joking matter even after April 1st.

If you want a smarter and wittier way to prank someone, take notes from the likes of Duolingo, Diet Prada, and even Angkas—anything but this inconsiderate crap.

Related stories:
Justin Bieber wants to focus on his marriage, mental health, and becoming a parent
Justin Bieber’s evolution, told through his hairstyle
Rica Peralejo uses pregnancy announcement to educate moms who’ve miscarried
Climate change can cause miscarriages: Why you should be alarmed

Previous
Unpacking stereotypes against women in the workplace

Next
Never leave home again: Integrate these e-commerce sites in your life