Brie Larson’s ability as a director was questioned, and here’s why it reeks of sexism 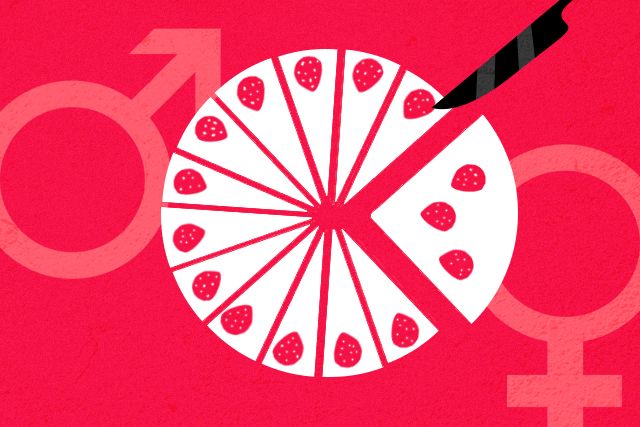 Although you may only know Brie Larson as Captain Marvel, the actress has actually been in the industry for quite some time now, having nabbed her first acting gig in 1998 when she was just nine years old. Before she took on the role of the superhero who may or may not be the key to defeating Thanos (she is), she’s perhaps best known for her award-winning role in Room. She’s also done work behind the camera, her most recent being Netflix’s Unicorn Store,which she both directed and co-produced, as well as starred in. The streaming service shared on Twitter the first trailer for the film and wrote, “an absolutely charming, heartfelt, exploration of the things that drive us and the creativity that adulthood often tries to extinguish.”

So excited to share the trailer for Unicorn Store, @brielarson's directorial debut and an absolutely charming, heartfelt, exploration of the things that drive us and the creativity that adulthood often tries to extinguish. pic.twitter.com/1nLqX8DJ3r

Because we can’t have nice things, one netizen ruined the moment and accused Brie of “just riding Captain Marvel’s wave,” adding she should take notes from Jonah Hill, “who was mentored by Martin Scorsese and took years before he made his directorial debut out of respect for the artistry of film and the position of director” in a tweet which has since been deleted.

Netflix shut the hater down by simply listing Brie’s credentials, both as an actress and filmmaker in response to the tweet. Brie’s long list of accomplishments as the streaming service mentioned include two short film directing credits—one of them, The Arm, won her a special jury prize at Sundance in 2012—one composing credit, one producing credit, and an Oscar. And in line with the netizen’s comment about Jonah and Martin, Netflix also mentioned that Brie has previously worked with respected directors such as Noah Baumbach and Lenny Abrahamson. So yeah, although this is Brie’s feature film directorial debut, there’s no doubt she was equipped and more than ready for the job. One could say she’s even more experienced than most male directors out there who get less sh*t from people.

Now, I don’t know what that user has against Brie, but to me it reeks of sexism. It reminds me of what She Talks co-founder Lynn Pinugu said during our discussion on women in STEM  about how men can do just the bare minimum and still be considered competent. Meanwhile, women are expected to go over and beyond the call of duty just to be able to compete with their male counterparts and prove to people they have what it takes. The fact that it was necessary for Netflix to list down Brie’s accomplishments just so people would take her seriously is unfair. Like I said, there are many male directors who are less qualified than Brie, and most probably, instead of getting criticised, they’re considered bold and a visionary.

I mean, I think the netizen could have at least waited until he saw the movie before commenting if she is indeed fit to be a director. Unicorn Store, a film about a woman (Brie) who gets a mysterious invitation to fulfill one of her childhood dreams, has actually received positive reviews since it was shown at the Toronto International Film Festival in 2017, according to Glamour. I’m certainly looking forward to watching it on April 5, when it premieres on Netflix. Unlike these trolls, I’ll reserve judgement after I see it. Don’t worry, I’ll go in there without any biases, and I’ll let you know if it’s worth the watch.

Related stories:
If Brie Larson can push a 5,000 lbs truck, you can do anything
5 times Brie Larson proved she’s the hero we need IRL
Brie Larson dishes on her character in the exclusive first look at Captain Marvel
Brie Larson to direct her first feature film

Previous
From the stage to vlogs: The drag queens you should subscribe to

Next
Hannah Montana is now real thanks to Miley Cyrus