What’s Article 13 and how will it affect content creators? 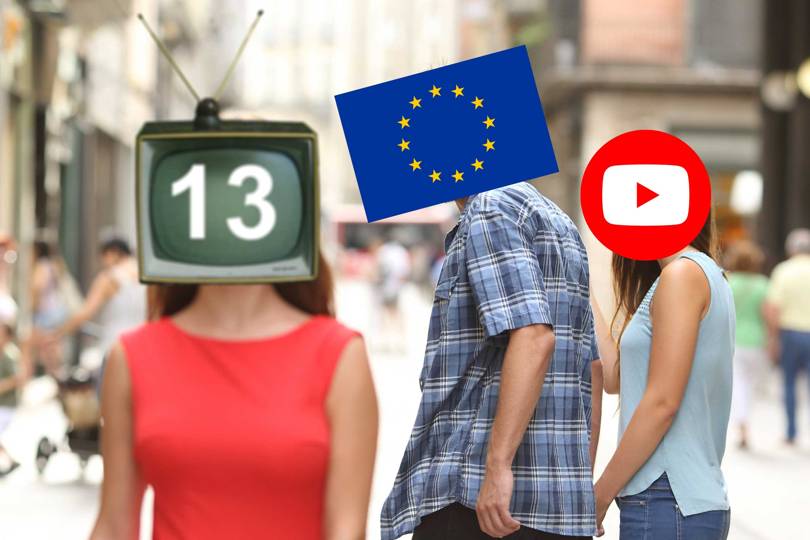 A new copyright law was passed by the European Parliament, including the controversial Article 13, and it is said to change the rules as we know it. But how exactly will this affect content creators and platforms that host user-generated content?

“The European Union Directive on Copyright in the Digital Single Market, to use its full name, requires the likes of YouTube, Facebook, and Twitter to take more responsibility for copyrighted material being shared illegally on their platforms,” explains Wired. This will supposedly “spread the money evenly between creators and hosting platforms.”

The said platforms will be required to take down content that infringes on copyright, and it looks like they will need to implement stricter filters that will scan every uploaded content and identify if it does break any copyright laws. We have doubts that this can go smoothly, because current filters can’t properly scan or identify content. Wired and CNN used Tumblr’s pornography ban as an example. “A picture of a woman breastfeeding a baby. A fully clothed woman taking selfies in the mirror. A photo of a vase. These images were all wrongly flagged by Tumblr as improper.” Photos of topless women during a rally were also flagged, and these doesn’t even categorize as porn.

Content creators will then have a hard time uploading content featuring even a small part of copyrighted material, because the slightest detection can block their content altogether. BBC reports, “Specific tweaks to the law made earlier this year made memes safe ‘for purposes of quotation, criticism, review, caricature, parody, and pastiche.’” But are we really safe past memes since it’s still not clear how these platforms will implement the filter?

The #CopyrightDirective would hurt small-scale creatives and startups who would be unable to comply with a regulatory model designed for the era of the printing press. #EU reps must stand up for our digital future #SaveYourInternet https://t.co/tGxpRoWmeB

You, the Internet user, have lost a huge battle today in Internet parliament. The free and open internet is being quickly handed over to corporate giants at the expense of ordinary people. This is not about helping artists, it is about empowering monopolistic practices.

While European Parliament Rapporteur Axel Voss defends it and says that it’s meant to protect people’s livelihood. “This directive is an important step towards correcting a situation which has allowed a few companies to earn huge sums of money without properly remunerating the thousands of creatives and journalists whose work they depend on,” he said. “It helps make the Internet ready for the future, a space which benefits everyone, not only a powerful few.”

Based on what you know, where do you stand?

Next
Queer heroes have always existed, and it’s time we recognize them