You are enough: 3 things you can do to change the way you feel about yourself 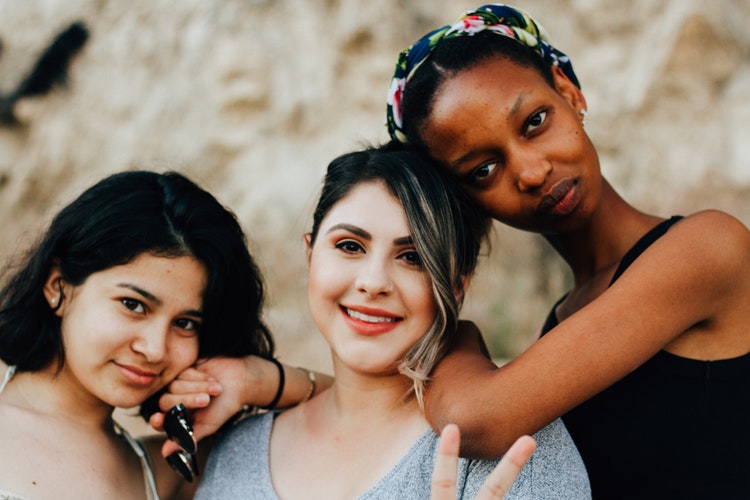 Self-worth—now that’s a big word. It’s something we’re all striving for. While it’s easy to feel overwhelmed and lost, don’t stress. First of all, remember that you are not alone in the struggle. I can admit, I have constant bouts of questioning my self-worth. Sometimes, several times a day, even. We are all going through something, but the important thing is to not let that doubt eat you. You have your friends and family. Or, you can look for a community ready to support you—like the She Talks Asia tribe. Last March 16, She Talks Asia held a summit which aims to help people strengthen their self-worth, nurture healthy relationships, and overcome barriers to personal success, with the help of professionals and experts in different fields. If you weren’t able to attend the talk, they still have plenty of upcoming talks to help you become your best self. In the meantime, you can browse through our notes during the summit on some ways you can strengthen your self-worth.

We already know social media has a profound effect on us. Sure, it has great benefits and uses, but also, if we don’t have a healthy relationship with it, it can be harmful. For one, most people now seem to associate self validation with their number of followers or likes. A highly toxic belief. Remember: your worth is not measured by your interaction on social media.

Another downside is, trolls and haters abound on social media. Celebrities, especially, fall victim to them. Actress and She Talks Asia co-founder Iza Calzado has dealt with her own fair share of this. But the worst, she revealed, was how one morbidly talked about her father who had just passed. She admitted it brought her to tears, but she said, it was more of a reaction on how she couldn’t understand the kind of darkness that person was dealing with, to be able to say something like that. She reminded the audience that in these instances, “When they bash you, it’s not really about you, it’s about themselves.” She added that usually, they bring you down, thinking it can make them feel better about themselves.

"Raise your hand if social media has made you feel less, inadequate or insecure." Yes we all experience it. We learn from @kimijuan, @nikkorms and @missizacalzado on how they use their platform for good and cultivate a healthy relationship with social media, in this panel presented by @enjoyglobe. #shetalksasia #shetalksasiasummit #weareenough

But also, let’s admit. Other times, we ourselves become the haters. It’s inevitable. You sometimes see someone having the life you’ve always wanted, and you feel a pang of jealousy. In times like this, remember what SLAM Philippines Editor-in-Chief and Brand Content Director Nikko Ramos told us: “Other people’s wins are not your losses.” It’s not a competition, so don’t make it one. And whenever you feel envy creeping, always remember that people only post what they want you to see. And besides, we all do it. On social media, we have our best foot forward. Posting only what you want to remember, or even (ethically) altering some, using filters and all that—that’s completely okay. “You’re not any less for doing that. And don’t hate people for doing that either,” Nikko said.

So how do we get over this and have a healthier relationship with social media? Travel photographer and sustainability advocate Kimi Juan suggests one way is to divert your focus and find a purpose. “If you use social media for good, you’ll feel better,” she said. She added that once you have a purpose or an advocacy, most likely, you would have less time comparing and feeling bad about yourself.

Set boundaries in your relationships

Boundaries is something most people still have trouble understanding. To women especially, it could be a foreign concept. According to Mich Dulce, women have been socialized to have no boundaries. We were told to not complain and to simply tolerate it all. Those who assert themselves are branded as “difficult” or maarte. She pointed at how, in local telenovelas, we see the leading lady portrayed as this martyr who sacrifices it all for love, and people laud her. That, she said, paints a harmful picture for women everywhere. “If you love someone and they respect you, then they will respect [your boundaries],” she said.

Of course when in love, people tend to let go of themselves. It’s normal. Even Mich admitted to going through that and letting go of her boundaries, thinking “it’s for love.” And then when the relationship ends, you question your worth. It can’t be helped. But like movie and television writer G3 San Diego said,  always make sure to “recalibrate your worth after a relationship.” Never let your failed relationships make you feel less than who you are.

It’s important to note that boundaries don’t just apply to romantic relationships. It applies to your family, your friends, and your work too. The key is to communicate it any way you can. Verbalize it, or write to the people involved—just as long as you put it out there. Also, nowadays, people are encouraged to “KonMarie” their relationships and immediately cut off those they don’t get along with. But Mich says it is possible to keep your relationships. For instance, she says she’s vocal about her boundaries with her friends, but they still manage to maintain their friendship. She insists that if they’re your real friends, then they will understand where you’re coming from—or at least respect that about you. Instead of “cancelling” people, encourage conversation, branding expert and Maori healer Amanda Scully said.

We all know actress, chef, and mom Judy Ann Santos-Agoncillo. Since she was a little girl, we have been seeing her on television and movie screens. Through it all, she seems to have grown gracefully in her career and personal life. The question on many people’s minds is, how does she do it? During the talk, we were blessed to hear, from the icon herself, her experiences as a child actress, to a teen sensation, to a mom, and a chef—and how it all made her become the wonderful, self-realized woman she is today.

"Hindi ninyo didikatahan ang buhay ko. Hindi kayo ang magsasabi kung saan ako magiging masaya." Words of pure wisdom from a woman who truly knows her worth and knows that she is enough. Still not over listening to @officialjuday at today's Summit! #WeAreEnough #SheTalksAsia #SheTalksAsiaSummit

The one thing that was apparent in our chikahan with Juday (that’s honestly how it felt like), is how strong her sense of self is, ever since. With her job in show business, it’s especially hard. You have all these people dictating who you are, or who you should be. She says she never let it get to her. “If you don’t allow anyone to dictate your life, you’ll be fine,” she told us. For instance, even when it comes to her romantic relationships, and knowing our culture on showbiz love teams, she still asserted herself. And on becoming a mom, she didn’t let society dictate to her the “right” way of doing it. She shared how she always wanted to be a mom at 26, even without a husband. When she reached that age and felt she was ready, she adopted her eldest daughter, Yohan. Talk about being strong and independent!

Another favorite Juday anecdote of mine was how, after giving birth, she said she didn’t feel the pressure to lose weight. She told us she loves to eat, and she doesn’t want to give that up, as she wanted to enjoy that period in her life. She said that when she felt unhealthy, that’s the only time she forced herself to workout—not because other people were telling her. And she did it in a way that she knew she’d enjoy. She added that she doesn’t believe people should follow workout trends just because. She suggested for people to find a workout that suits them best and they would genuinely enjoy. Juday claims, when you’re happy, it follows that you become a better mom, a better wife, and ultimately a better person.

Related stories:
Know your worth: She Talks Asia Summit 2019 on why you are enough
Women supporting women: Events that will empower you
Women in STEM deserve the rockstar treatment too
This weekend, remind yourself about how beautiful your body is

Next
No, Victoria’s Secret, Barbara Palvin isn’t a plus size model