i was thinking about jimmy page… ***@tingslondon sooo grateful for you guys ?? i finally got to do something with some of my fav britz

“F*ck you, you f*cking liars,” said Paris Jackson in response to TMZ’s report that she tried to commit suicide last Saturday.

She did have an incident last Saturday says a source to Refinery29, but all the other rumors that she tried to hurt herself and was put on a 5150 hold (the number of the section of the Welfare and Institutions Code, which allows a person with a mental illness to be involuntarily detained for a 72-hour psychiatric hospitalization) was not true.

fuck you you fucking liars

Paris also shut down Bethenny Frankel’s tweet when the Real Housewives of New York star sympathized what Paris was going through.

As if that wasn’t enough to quiet all the rumors, Paris also posted on her IG Stories and captioned it with, “F*ck you, I’m ‘chillen’ like Bob Dylan.” 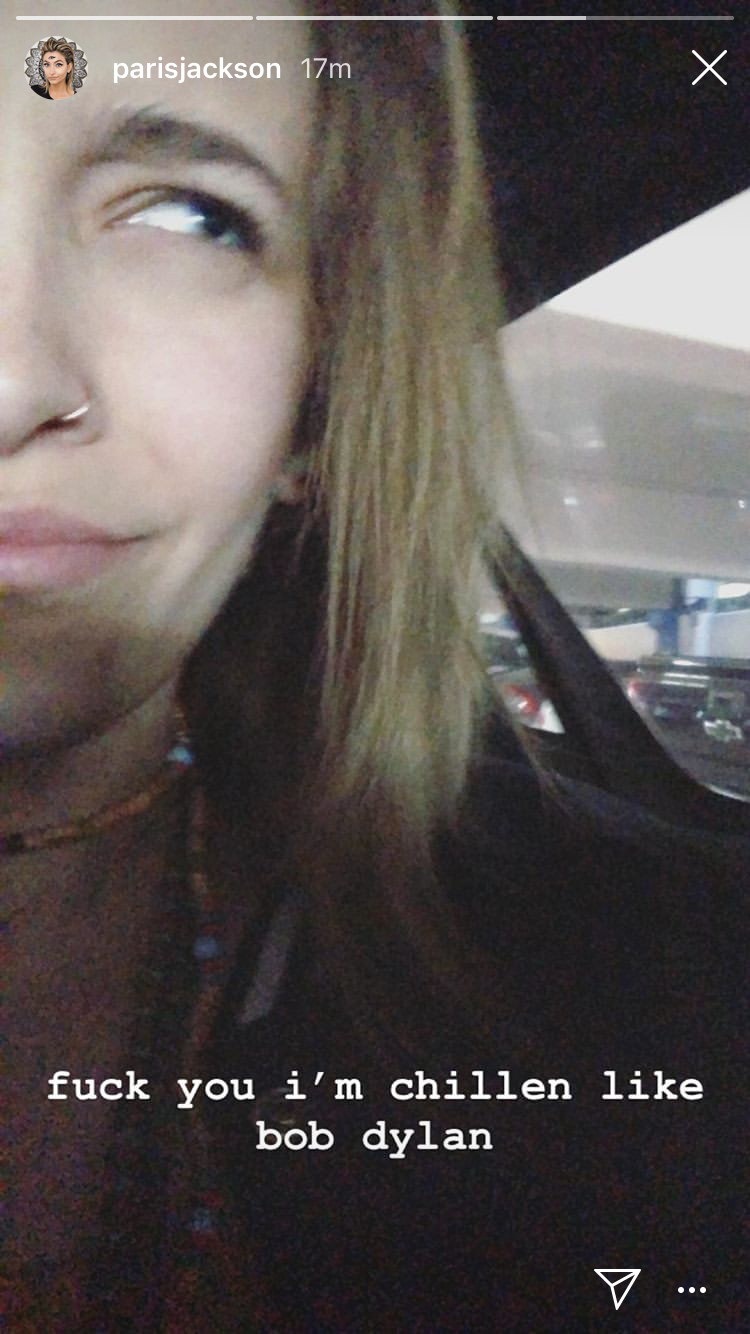 Some sources told TMZ that the attempted suicide was in relation to the Leaving Neverland scandal that involves her father Michael Jackson.

Paris would respond to her fans via Twitter and even said, “My father handled his trials and tribulations with grace, peace, and love. I suggest we all take that as an example.”

my father handled his trials and tribulations with grace, peace, and love. it’s a more effective way of life. i suggest we all take that as an example

Related stories:
Why Leaving Neverland is a must-watch for Michael Jackson fans
Does 13 Reasons Why give a fair portrayal of suicide and mental health?
Louis Vuitton stops production of items with Michael Jackson elements
R. Kelly thought he can get away by throwing tantrums, but predators should be held accountable