QUIZ: Know which Jonas gal is your soul sister 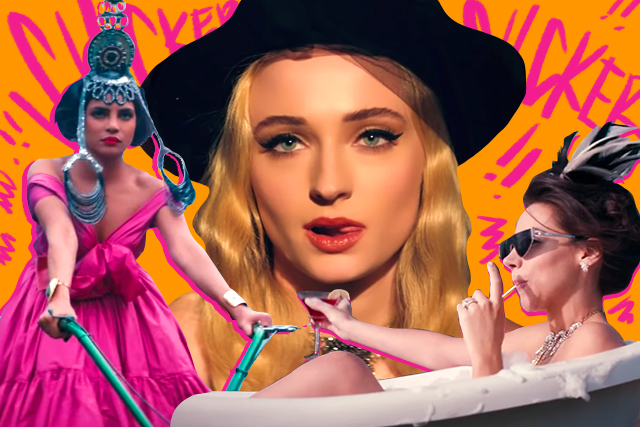 Days have passed but the Jonas Brothers comeback is still a hot topic. Last I checked, the “Sucker” MV is #13 on YouTube’s trending list. It’s obvious that the Disney generation has been replaying it over and over. Aside from the usual arguments on who the best JoBro is (according to our Twitter poll, it’s Nick), fans also cannot get over the “Jonas wives”: Priyanka Chopra, Danielle Jonas, and Sophie Turner (who’s getting married to Joe soon).

These women have had their own accomplishments before they were linked to the Jonases. So it’s only right that we treat them as individuals and not as the shadows of their partners. To be fair, these women are the life of the “Sucker” video, don’t you think?

READ MORE: The Jonas Brothers gave us the reunion we never thought we needed

That said, we decided to do a fun little quiz to see if your personality matches with either Priyanka, Danielle, or Sophie. Once you’re done, feel free to share your results with your followers!

How much do you love dogs?

If you're getting married, how many guests are you going to invite?

Which Jonas Brothers song do you want as your personal background music?

What is the ultimate #goal for you?

What is the ideal date activity for you and your partner?

You can only cook one thing for the rest of your life. What would it be?

What's your go-to Jonas Brothers movie from your childhood?

Priyanka Chopra
You like to sing, dance, act, and a philanthropist––you can basically do anything that comes your way. Like Priyanka, you describe yourself as a "self-made woman," or at least dream that you will be one someday. You're also often described as caring, shy, and loving to your family, friends, partner, and pet/s. (This is most likely true if you're a Cancer, the same sign as Priyanka.)
Sophie Turner
Sophie is well-known for her roles as Sansa Stark in 'Game of Thrones' and Jean Grey in 'X-Men.' But outside of that, she's someone who can keep her life away from the public's peering eyes, and no one knows how you do it because you're secretive like that. During your free time, you engage in adventurous activities like getting a new tattoo every few months, going on ski trips, or maybe honing your combat skills for your next big project.
Danielle Jonas
Before meeting her husband, Kevin, Danielle was hustling as a hairdresser. Now, she's gotten several opportunities as a celebrity host while being a doting mother to two kids. She may be the most low-key of all the Jonas gals, but if you've seen her reality show 'Married to Jonas,' then you'll know that she's an outspoken lady and can be the boss of the household. Can you relate?

Related stories:
This is where Sophie Turner and Joe Jonas are getting married
Here’s the makeup Priyanka Chopra used on her wedding day
Nick Jonas spotted wearing Michael Cinco creations
The Jonas Brothers gave us the reunion we never thought we needed

Next
Handbag Edits: This Burberry bag is set to be your new summer street-style staple