‘Isn’t It Romantic?’ just ruined rom-com films for us––but in the best way 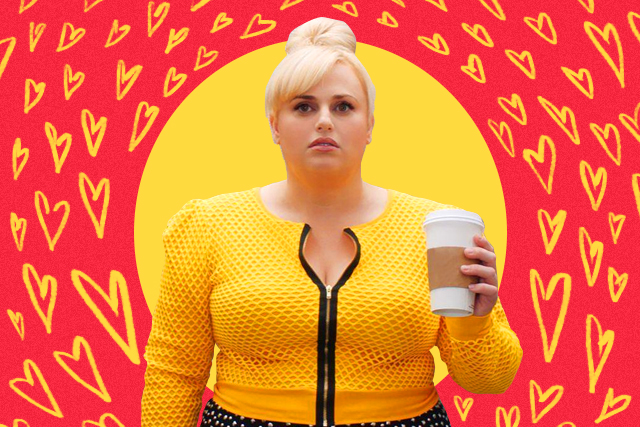 The start of Isn’t It Romantic? is an all-too-familiar scene for young girls who love rom-coms and believe in the “happily ever afters” being advertised in these movies. Here, we see a young Natalie (Rebel Wilson) watching Pretty Woman and optimistically proclaims that she’ll have her own Richard Gere. Her mother instantly quashes this dream, basically saying, “Women like us don’t get that,” also pointing out how her daughter doesn’t look like the stereotypical leading lady. Ouch, mom.

What the mom said may hurt, but it’s also true to some extent. Rom-coms aren’t realistic and it can skew our views love and relationships. Natalie seems to have realized that as she grew up and became cynical of these tropes. The people around her may have called her too negative, but the questions she raised makes sense. I mean, I do want to know what the gay BFF does aside from shadowing the lead. Does Jude Law even have a job aside from live reading at a bookstore in My Best Friend’s Wedding? Natalie also brought up the silliness of musical montages in rom-coms, and so on.

READ MORE: How rom-coms skew our idea of love and relationships

Isn’t It Romantic? then proceeds to parody all these cliché tropes when Natalie wakes up in an alternate universe where “New York doesn’t look like sh*t” and “smells like lavenders.” Not to mention that every attractive man she interacts with seems to be in love with her, including Blake (Liam Hemsworth), who was rude to her at the start of the movie. They even borrowed scenes from My Best Friend’s Wedding where her best friend, Josh (Adam DeVine) gets with a successful yoga ambassador and supermodel named Isabella (Priyanka Chopra).

While it’s all fun and laughs to see Natalie reacting to the ridiculous rom-com life she’s living, especially the fact that it’s too PG-13, it also raises a few points on who really gets a happy ending and how we subscribe to rom-com expectations.

Writer Erin Cardillo told The Hollywood Reporter that she wanted to cast a “normal girl” as the lead. She chose Rebel because she was the opposite of the “supermodel” heroines of past rom-coms. “They would take their glasses off and everyone was like, ‘Oh my God, you’re beautiful.’ And Rebel is beautiful. She represents being a normal woman,” she said.

READ MORE: 11 movies to celebrate the female friendships in your life

Rebel was also happy that they cast her in a lead role, noting that “normally a girl like me is marginalized to be the funny friend or the sidekick.” She’s not lying since we rarely see rom-coms featuring plus-size women and those who don’t look perfect in society’s standards. Usually, “ugly” characters would be subjected to makeovers to get the man. Case in point: Princess Diaries, Never Been Kissed, and even shows like Ugly Betty.

The overarching theme is not letting rom-coms define what kind of man or woman deserve a happy ending because, more often than not, they will always show attractive actors. It also gives emphasis on loving oneself to know what you deserve in life in general, and the fact that you don’t need a significant other to be “whole.”

Also, it’s just a collective agreement that 1) rom-coms do have cheesy plot devices; 2) minorities like the LGBTQ+ and black women are treated as mere sidekicks; and 3) shows that women are only interesting when they’re either in a relationship or part of a rivalry. Yup, not gonna look at these films the same way again.

Related stories:
How many chick flicks and rom-coms did you spot in Ariana Grande’s new MV?
These scenes in rom-com movies make me cry
Did Vogue Australia fat-shame Rebel Wilson?
All the dresses Priyanka Chopra wore on their epic wedding weekend

Previous
Handbag Edits: This Burberry bag is set to be your new summer street-style staple