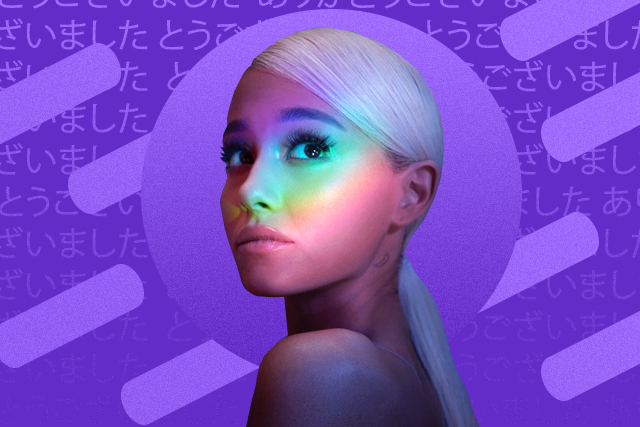 Ariana Grande is being accused of cultural appropriation and exploitation again. This time, it’s for getting a kanji tattoo on her palm. According to the singer, the characters were supposed to read “7 rings” but fans pointed out that it actually translated to “shichirin,” which is a type of charcoal grill in Japan.

In a now-deleted tweet, Ariana admitted that she took a shortcut for the tattoo. Basically taking the characters for “7” and “rings,” and omitting the ones in between. Fans also took offense at the fact that she didn’t seem to care that it was spelled wrong because “it looked tight.”

ariana grande’s dumb ass got a tattoo of an entree and has the audacity to be like o lol i didnt want to sit thru it bc it hurt uwu so basically u care about the aesthetic of kanji but not the meaning of the words?? “indeed” pic.twitter.com/bhCvrEVZuf

not to be rude but could ariana pls stop using asian language as an aesthetic? pls and thanks

ATTENTION WHITE ARTISTS! (yes i’m talking to you @ArianaGrande) stop fetishizing and falsely portraying asian culture in your music videos to get more views! stop putting asian women in your mvs to use them for sexual exploitation and objectifying them based on race! thank u

This isn’t the only incident that’s sparking discussions on how Ariana is allegedly using the Japanese language and culture as part of her aesthetic. She also used kanji characters and imitated mangas to promote “7 Rings,” and fans discovered that a new Thank U, Next (the name of her upcoming album) sweater has “arigato” (thank you) printed on the front. 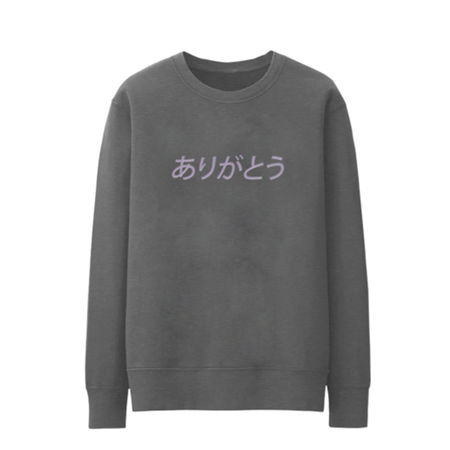 It’s also important to note that Ariana has been studying hiragana since 2015. She’s also expressed her love for Japanese culture on numerous occasions and has showed her speaking skills at one of her shows in the country.

This then begs the question: Is she really exploiting a culture or is she merely appreciating it?

Regarding the tattoo: There’s an unwritten rule about people (mostly Caucasians) getting foreign characters inked. If you’re not Asian and you can’t read their language, don’t do it—simple as that. But since Ariana has been proudly sharing that she’s studying Japanese, the responsibility of arranging the characters correctly is on her shoulders. After all, she’s not from that country either.

Fans would defend that learning a language isn’t easy and mistakes are normal. That’s true. However, Ariana herself admitted that she opted to omit certain characters. Not to mention that the correct kanji spelling of “7 Rings” is on her music video. Props to her for deciding to consult her tutor, Ayumi, on how she can fix the faux pas. But I also can’t help but wonder if she’d do it if the public uproar wasn’t this wild.

Meanwhile, the subject of cultural appropriation is a grey area (for now). The definition of the concept is when a dominant person or group is using someone else’s culture and claiming it as their own. It’s an obvious form of subversion as a minority will most likely be ridiculed for their own culture, while others will be praised for merely recycling and reusing for aesthetic’s sake.

I asked a friend of mine who’s half-Japanese if what Ariana did was personally offensive for her. She told me that it’s a funny and stupid incident to begin with. At the same time, she thinks what Ariana’s doing seems like she’s mimicking a culture that she wants to be a part of for a long time “now that she feels comfortable and knows enough.” It’s also a case of whether Ariana knows the background and history of the certain aspects of Japanese culture (example: kawaii and the infantilization of women) and how she’ll utilize it respectfully.

Going back to the simple misspelling of her tattoo, it gets problematic when someone is putting “what looks cool” over accuracy, especially when this is someone’s language and alphabet. Even us Filipinos don’t want foreigners (and even fellow Pinoys who aren’t well-versed in our mother tongue) to botch our language.

Still, we’re not discrediting the fact that Ariana is willing to learn about the culture. If she was deathly ignorant, she wouldn’t fix the palm tattoo and would insist that her translation’s right because she studied it. Then again, cultural appropriation and exploitation can go deeper than a simple misspelled phrase, and Ariana has yet to address the other controversies that she’s being accused of like using kanji for her merch and blackfishing.

Ariana Grande has a plan for her “small charcoal grill” tattoo

Ariana Grande and the dark side of stan culture

When does inspiration turn into cultural appropriation?

Next
Why are men like Terry Crews still expected to be tough in the face of sexual assault?