Women are entitled to their own views and opinions, Speaker John Bercow agrees 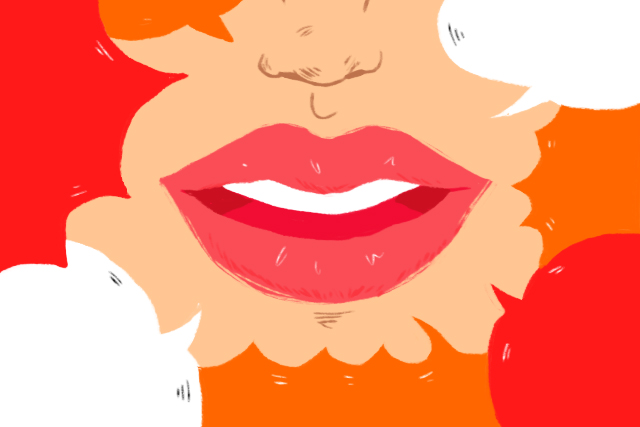 As a messy, chaotic no-deal Brexit looms, those watching the parliamentary debates might have noticed John Bercow, the Speaker of the House of Commons, whose calls to “ORDERRRRRRRR!” have become the parliamentary equivalent of football’s “GOOOOOOOOOAAAAAL!”

As the sessions grow more heated and more frustrating, Bercow, who comes across as part-disciplinarian, part-showman, and part-open air vendor, has provided many a moment of light relief during turbulent times.

He has been described by the Dutch press as “louder, boisterous, and yes, more animal than ever, he shouts ‘order, order,’ with which the 55-year-old House of Commons Speaker tries to calm down the members of the famous parliament,” making him wildly popular with TV viewers outside of the United Kingdom.

Indeed, he can be amusing, the way he combines sense with theatricality, though admittedly, his is a deadly serious job, particularly with all the contentiousness and uncertainty surrounding Brexit at the moment.

It was a pleasant surprise, therefore, to discover recently that the man was not only sensible, he was pretty enlightened. Or quick-thinking. Nevertheless, when asked a particularly tricky question, he acquitted himself rather well.

During PMQs (Prime Minister’s Questions) not too long ago, Bercow was confronted by pro-Brexit Tory MP Adam Holloway, who accused him of anti-Brexit bias as evidenced by a sticker in his car that said “BOLLOCKS TO BREXIT.” 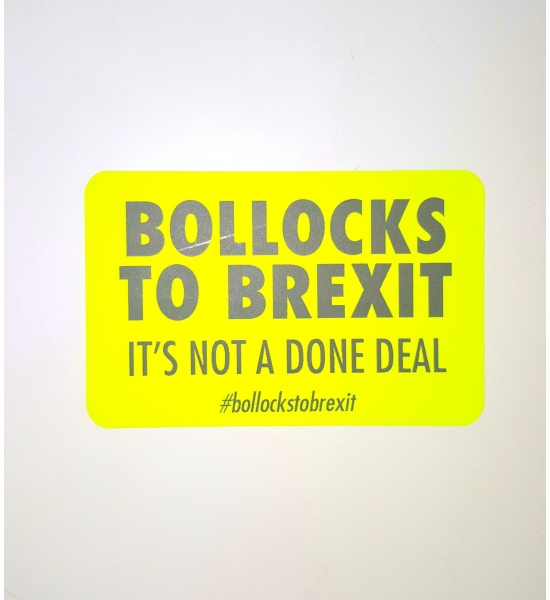 “We’ve all noticed in recent months a sticker in your car, making derogatory comments about Brexit,” said Holloway, insisting that this pointed to the Speaker’s partiality. “Have you driven that car with the sticker there?”

Bercow was furious at the question and its implications. “The Honourable Gentleman said in recent months it had been noticed that there was a sticker in my car. That sticker, on the subject of Brexit happens to be affixed to, or on the windscreen of my wife’s car.  “Yes. And I’m sure the Honourable Gentleman wouldn’t suggest for one moment that a wife is somehow the property or chattel of her husband. She is entitled to her views. That sticker is not mine, and that’s the end of it.”

His comments drew laughter and applause, but he had made his point.

Incidentally, Speaker Bercow’s wife Sally supported the Remain side in the 2016 Brexit referendum.

What is most refreshing is the adamant respect for the individuality of one’s spouse. Good on Bercow for pointing out that his wife was not his property at all, and that she could do whatever she damn pleased. Not even for the sake of “appearances,” his response implied, should she be untrue to her own opinions and beliefs.

It used to be that a wife publicly supported her politician husband’s views and suppressed her own if they differed from his.

Laura Bush sparked controversy back in the day when she said she believed the landmark law legalizing abortion, Roe v. Wade, should not be reversed, despite her husband George W. Bush being a vociferous pro-life advocate. Soon after that incident, however, she toed the line, and would only say about abortion that “I think that we should do what we can … to try to reduce the number of abortions in a lot of ways, and that is by talking about responsibility with girls and boys, by teaching abstinence, having abstinence classes everywhere in schools and in churches and in Sunday school. I think there are a lot of ways we can reduce the number of abortions and I agree with my husband in that—on that issue.”

It was only after the Bush presidency ended that it was revealed that Laura Bush had supported abortion and gay marriage, after all. Good for her.

Unfortunately, there are still men—boys even—who believe they have every right to control women’s bodies. That those smug MAGA-cap-wearing boys from Covington Catholic High School believed they had every right at their age to go to Washington, D.C. and attend a pro-life march is a disgrace. It’s absolutely preposterous that boys who still can’t control their ejaculations, much less find a woman’s clitoris or understand what menstruation is, believe that they can police a woman’s right to do what she wants with her body and make her own reproductive choices.

They went to attend a pro-life march, yet they showed scant respect for human life. Shortly before that arrogant brat stared down indigenous American Nathan Phillips, complete with a smirk on his face, he and his buddies had harassed a young woman who was there for the women’s march, calling her names.

And then they cry victim when exposed for the little sh*ts that they are.

The Covington boys were in D.C. for the sole purpose of promoting male control of women’s bodies.

Teenagers bussed in to demand adult women be subjected to forced childbearing.

They weren’t on a field trip to the Smithsonian.

Or, as @thezee84 put it: “An all-boys school sent children to demonstrate against women seeking personal rights over their own bodies. Think about it for a second.”

The trouble with most pro-lifers—even the ones in the Philippines who stupidly campaigned against the RH Bill—is that they really are only concerned with life from conception to birth, and couldn’t give a f*ck about a child once it’s born.

Those boys would do well to emulate Speaker John Bercow’s attitude towards his wife, and use it as a template to learning to respect women and their views. Oh, and someone should tell them that those MAGA hats really are quite unattractive. But then again, so are they.

Related stories:
The MAGA teens’ bigotry is a horrifying look of what the future holds
Women running in 2020: A sign the Trump admin failed minorities
Woke Cardi B is the unexpected feminist queen we needed all along
Anne Curtis speaks up against lowering the age of criminal liability

Previous
Pure Magic 2019 trends that are anything but metallic

Next
Piercing aftercare 101: Steps to take for every new stud and earring