Marie Kondo didn’t do anything wrong, you’re just hating on her culture 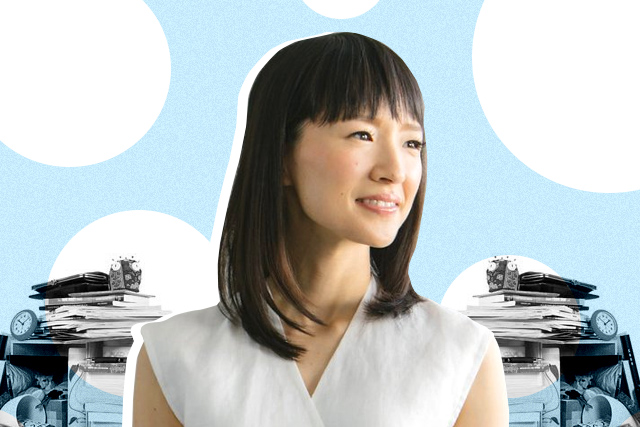 I’ll admit that I haven’t read all of Marie Kondo’s books. But, I am aware of her brand of minimalism based on the KonMari Method, the Japanese art of decluttering and organizing. I have to admit that it’s fascinating and I wish I could live a life where I can easily let go of stuff and be satisfied with my personal space.

Many probably feel the same way and you’ll see just that on Netflix’s Tidying Up with Marie Kondo. The show has been received well with an 80 percent rating on Rotten Tomatoes and fans appreciate Marie’s input regardless if they follow her advice or not. However, there are also those who weren’t impressed—to the point that they’re attacking Marie and her philosophy.

In general, people have an issue with the practice of keeping possessions that spark joy and throwing out stuff that don’t. Also, thanking the items for their service before discarding them. It can easily be a case of simply misunderstanding what Marie’s going for, as well as her culture. But, as author Ellen Oh observed, the criticism usually comes from people who forget that “the advice is geared to people looking to declutter their life in the first place.”

The most recent Kondo-ing action that went under fire was her take on keeping books. According to Marie, if you have unread books or books you hang onto because you plan on rereading them, get rid of them. Several authors called bullsh*t on this, especially the fact that you should ideally keep 30 books or less, and to tear out pages from a book that sparks joy.

Thank you all for your incredible response to my uprising against Konmari The notion that books should spark joy is a LUDICROUS one. I have said it a hundred times: Literature does not exist only to comfort and placate us. It should disturb + perturb us. Life is disturbing.

The Washington Post writer Ron Charles didn’t take kindly to this advice because he didn’t want to let go of his signed first-edition Catcher in the Rye or his family Bible. Author Jennifer Wright said in a now-deleted tweet that Marie Kondo was a monster for suggesting such a thing.

I could joke about how these statements don’t spark joy, therefore, I should just discard them. But let’s call out ignorance and casual racism for what it is.

First of all: Marie Kondo’s decluttering philosophy is not just some “woo-woo nonsense” she came up with on the fly. The Ascent explained that she’s using practices from Shintoism, which includes beliefs that nature and material things have spirits and must be treated with respect. No, we’re not just talking about the supernatural here. Possible sources of this spirit can be from the person who made them; the person who uses them; and the materials from which the things are made of. It’s not a joke to laugh at.

Second: Marie Kondo’s books, TV show, and minimalist ideals are sort-of self-help books for people who actually need it. She’s not shoving her beliefs down your throat. In fact, she told Refinery29 that you don’t have to change your home if you’re comfortable with clutter. Just make sure “you still have a designated spot for each item, and also to understand how much quantity of each category of things you have and need.”

As for the books, a netizen tweeted an excerpt from Marie where she says, “I now keep my collection of books to thirty volumes.” Her collection doesn’t necessarily apply to yours.

But like, this. I’ve heard at this point several people say “Marie Kondo thinks you should only have thirty books” and it’s baffling to me. But what she actually says is: “I now keep my collection of books to thirty volumes.” pic.twitter.com/iNCECUcl4f

Lastly: We understand that there are themes in the show involving patriarchal standards in the home and the downfalls of consumerism, among many others. The Guardian‘s Alexandra Spring also pointed out that Kondo-ing would just worsen the garbage situation in the world. But you have to understand that Marie is literally only trying to help people declutter their homes, why are you expecting her to fix problems that society as a whole has created?

To be clear tho, patriarchy and traditional gender roles are in no way Marie Kondo's fault, she's lovely and her approach is very solid. I think there are certain class issues with the tidying movement in general, but that's not Kondo's fault either.

Also, discarding items that don’t spark joy doesn’t necessarily mean putting them in a bin. You can donate them to people in need.

If you're decluttering because of Tidying up with Marie Kondo, you can donate useful items at these organizations ❤️

Don't forget to say thank you & be grateful when you pack up your items! #SparkJoy✨ pic.twitter.com/zae2EPEcKL

If Marie Kondo’s advice doesn’t apply to you, then it isn’t a hill worth dying on. Keep your space the way it is if it sparks joy in you; leave people who want to go minimalist alone. Plus, don’t attack a woman for imparting her cleaning philosophies based on Japanese faith. It just shows that you’re either ignorant of the fact or you’re simply prejudiced of another person’s culture that’s different than yours.

Next
Millie Bobby Brown defending Joe Goldberg is so wrong