Some people choose to be naughty on the holidays 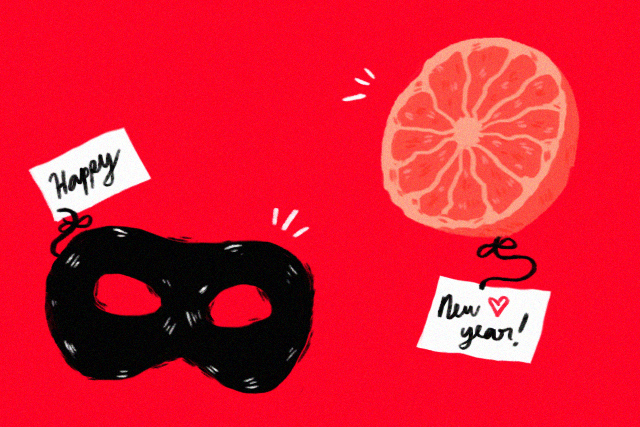 As the first day of 2019 approaches, no doubt some couples might just be having their first and only romp in bed for the year. Unless of course they restrict themselves to sexual congress twice a year: Christmas or New Year’s and birthday or anniversary. Alcohol, a kiss under the mistletoe, the festive atmosphere, the season of gift-giving… for some couples, these elements are all that may be required for that rare moment of coupling. Any other time of the year just seems off.

If people didn’t copulate during the holidays, there wouldn’t be so many September and October births. Look it up.

As facile as it sounds, I do know people who have confessed to having next to no sex with their spouses until the holidays come along. Sexless marriages, as I’ve said before, are not a problem if both partners are perfectly happy with their situation. It’s when there is a mismatch in desire that the lack of physical intimacy becomes an issue. It could be when one still wants sex but the other can’t be bothered. One party has a permanent headache and the other feels rejected and resentful. There are also cases in which both parties no longer feel any real sexual desire for each other but one party would actually like to have sex with someone else and just doesn’t know how to tell the other. Or that both parties live together like roommates without any real connection, physical or emotional.  At any rate, a prolonged–and enforced, one way or another–sexless marriage is often indicative of underlying issues in the relationship. I know of one particular marriage where the husband would not have unprotected sex with his wife, who was off birth control because she wanted children while he didn’t. Their sex life was very strained, to say the least.

Well-meaning friends and women’s magazines humorously advise “spicing things up” in the bedroom to make sex exciting again, and certainly for some couples, frilly lingerie or sex toys might in fact jumpstart their moribund marriage. However, without honest communication between both parties, and perhaps a sense of humor, the gambit could still be risky.

It reminds me of that old joke. Three women: one engaged, one married, and one a mistress, are chatting over lunch and the conversation turns to their relationships. They decided that night to surprise their men. All three would wear a black leather bra and thong, stiletto heels, and a mask over their eyes.

A few days later they meet up for lunch to report on their respective costumed sexual encounters.

The engaged woman: “The other night when my boyfriend came over he found me with a black leather bodice, tall stilettos, and a mask. He saw me and said, ‘You are the woman of my dreams. I love you.’ Then we made love all night long.”

The mistress: “Me too! The other night I met my lover at his office and I was wearing the leather outfit, heels, mask over my eyes, and a raincoat. When I opened the raincoat he didn’t say a word, but we had wild sex for hours.”

The married woman: “I sent the kids to stay at my mother’s house for the night. When my husband came home I was wearing the leather bra, black stockings, stilettos, and a mask over my eyes. He walked in the door, looked at me and said, ‘What’s for dinner, Batman?’”

So maybe donning an S&M outfit might be too over the top for some women.  There are always things closer to home that may just add the zest your sex life is lacking. Think natural and organic and, well, zesty. Like grapefruit.

At a friend’s 60th birthday celebration a year ago, a divorced girlfriend had us all intrigued with talk about the grapefruit technique, which was apparently guaranteed to drive a man wild. The props were simple: a grapefruit, a blindfold, and a towel.

What Urban Dictionary fails to include is the element of surprise that is essential to the successful execution of this technique. It’s recommended that you blindfold your man beforehand so he has no idea what you’re going to do to him. His sense of excitement is already heightened as you stroke his penis using the cut-out grapefruit; all he can feel in addition to your tongue is something moist and fleshy going up and down. Don’t forget the position the towel underneath him, by the way; things could get messy after all.

A friend of mine actually tried it on her boyfriend after seeing the video.  Her verdict: hot but messy and slightly tangy. His verdict: Damn, that was some blow-job!

Related stories:
Sex in your senior years is beneficial, promise
The cautionary tale of settling down for less
Ever wonder why there are so many September babies?
The myth of the sexless Asian male