My boyfriend and I finally talked about getting married 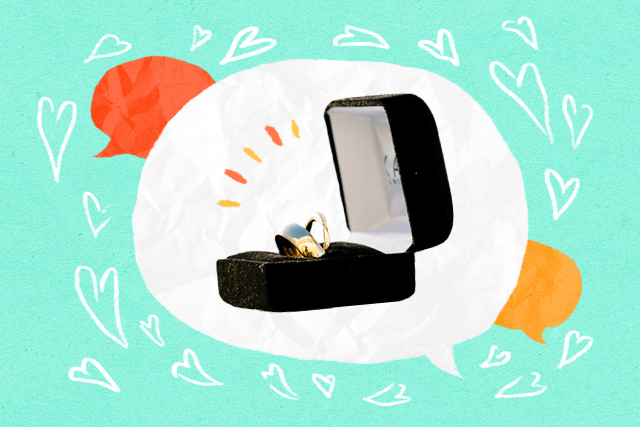 There are two types of people in the world: those who believe in marriage and those who don’t—I am the former. I didn’t always think about getting married but I knew it was something I wanted for my future self. The first time I started to talk about marriage was in my first relationship in college. At that time, my ex and I talked about it openly like it was a sure thing. It wasn’t.

As I got older, the reality of how serious marriage actually is started to sink in. All of a sudden, I felt I wasn’t ready and I didn’t talk or think about it. I started to focus more on school, career, and myself.

In my current relationship, I’ve been with my boyfriend for three years. Like any couple, we’ve been through a lot of good and bad times. We were able to work everything out, listen to each other, and build a strong companionship. After being together for two years I started getting questions from my parents and friends if we’re planning on getting married, but at that point we hadn’t talked about it yet. A part of me wanted to but the other half wasn’t sure how, so I never did.

Over the past long weekend we decided to go out of town to disconnect, recharge, and have some time for just us two. One night while we were sitting on steps he said, “I have a question” to which I replied, “What?” After a very very long pause he asked, “Do you want to get married?” I was shocked because we had never talked about it before but I said, “Yes.” After that simple question we started talking about some future plans and our relationship.

Now that we’re in the process of openly talking about it, everything seems easier. We can start to make some plans and open up to each other even more. The best part? We both know that we’re on the same page. There’s no more hinting at getting married or worrying if we want the same things, because, thank goodness we do. For the past few days we’ve even been joking around and teasing each other about it and the kilig is real.

Mushy feeling aside, finally talking to your significant other about a long-term commitment can be scary and daunting, but if you’re ready, go for it. You’ll be surprised at how easily the conversation will go if you’re open and honest with each other.

Next
This misheard lyric from ‘Thank U, Next’ gave birth to hilarious memes