Everything we know about the 10 MMFF 2020 films so far 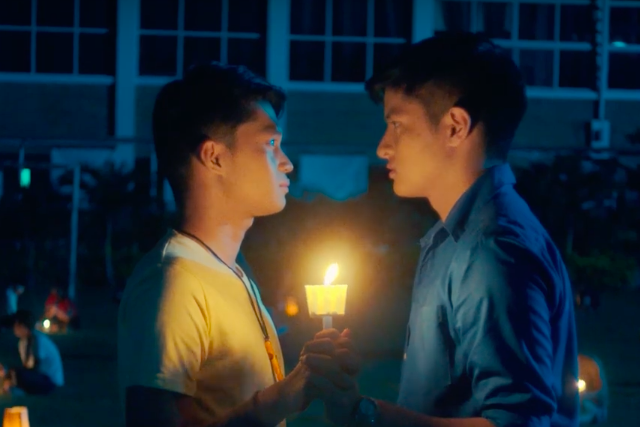 For a number of movie buffs, the Metro Manila Film Festival (MMFF) isn’t usually among the film fests they’re most excited about. This year, however, film Twitter seems to be singing a different tune.

On Nov. 24, the Metropolitan Manila Development Authority, along with its partner Globe, announced this year’s official line-up. Some netizens called it a redemption arc for the festival whose list of entries hasn’t exactly been stellar, due to a lack of storytelling diversity since 2016.

This isn’t the only change we’ll be seeing this year. MMFF is going virtual on Dec. 25. The 10 finalists will be available on Upstream via GMovies for P250 each.

Congratulations to the 10 finalists that will be on the year’s Metro Manila Film Festival!

For updates on the latest content drops, go to https://t.co/xrZQEYECJJ! pic.twitter.com/LRAPe0BQvX

Now if you’re still unsure about which movies to choose, we’ve taken the liberty of compiling everything we know about the 10 films so far.

“The Boy Foretold by the Stars”

Director Dolly Dulu’s romcom is claiming the distinction of being the first Filipino BL (Boy’s Love) movie, and already, it’s stirring up a lot of excitement among BL fans. (It’s not the first local queer movie involving men but it’s the first to use the label.) Starring Adrian Lindayag (“Rak of Aegis,” “Kadenang Ginto”) and Keann Johnson (“Santigwar”), it’s the story of “two senior high school boys who, with the help of a fortune teller, find each other at an optional school retreat called Journey with the Lord.” In the trailer, Lindayag’s Dominic tells Johnson’s Luke, “You’re my soulmate.” We’ll have to wait to find out if they’re really fated to be together. Here’s a bonus: Jodi Sta. Maria helped produce it.

Another film that caught the attention of the internet is director Antoinette Jadaone’s coming of age drama, “Fan Girl.” It stars Charlie Dizon as a teenage fan girl who finds herself inside a mansion with her fave celebrity, played by Paulo Avelino. Here, “she learns exactly why they say never meet your heroes.” The film has also participated in the 2020 Tallinn Black Nights Film Festival and the 2020 Tokyo International Film Festival. The trailer gets pretty dark by the end, setting it apart from Jadaone’s usual romcoms.

“Magic Temple” fans, rejoice! Director Christian Acuña is serving an adventure fantasy flick that’s a spiritual successor to the ‘90s hit—with a seal of approval from the late Peque Gallaga, who also sat in as “Magikland”’s producer. According to Gallaga, it has the same genes as his well-loved film. Inspired by the Pokémon games and the Magikland theme park in Silay, it follows the story of four gamers who got the highest points in game with the objective of saving Magikland from an evil dictator. The film uses high-tech visual effects, with the characters being transported in the game and facing mortal danger. It stars newcomers Miggs Cuaderno, Elijah Aleto, Joshua Eugenio and Princess Aliyah Rabara. Our favorite detail from the trailer? The bakunawa.

Written by Ricky Lee and directed by McArthur Alejandre (“One True Love,” “Let The Love Begin”), “Tagpuan” is a romantic drama starring Alfred Vargas, Iza Calzado and Shaina Magdayao. Calzado’s character does a monologue in the trailer that gives us an inkling that the movie is about lost souls and finding home. “And until we embrace this truth, we will forever wander the globe, foreigners in every land,” she says. The film was shot in New York, Hong Kong and Manila.

Director Joel Lamangan’s “Isa Pang Bahaghari” is another film about coming home. The family drama stars Philip Salvador as a former seaman who comes home after a long time. Believing that he has abandoned them, his family has a hard time accepting him. Nora Aunor plays his wife, who is a person with disability, while Michael De Mesa plays his gay friend who helps him win her back. They are joined by Zanjoe Marudo, Joseph Marco and Sanya Lopez. Noranians, we have another gem in our hands.

The lineup this year also includes a biopic. Director Joven Tan’s movie is about the late Filipino Catholic priest and faith healer, Fr. Fernando Suarez. At the age of 16, he discovered his gift after he prayed for a paralyzed 60-year-old beggar outside Quiapo Church. “After one Hail Mary, one Our Father and one Glory Be, the woman stood up and walked,” he said. John Arcilla takes the role of Suarez and joining him in the star-studded cast are Alice Dixson, Rosanna Roces and Rita Avila.

We had a hard time believing it at first but it’s true. The MMFF has a horror movie set in Japan on its roster. Easy Ferrer’s entry is a haunted house story and it’s hard not to compare it with “The Grudge.” Ritz Azul, Joseph Marco and Miles Ocampo discover that a number of missing persons once stayed at the same house they’re in. Judging from the trailer, we’ll have to prepare ourselves for a lot of jumpscares.

Director Topel Lee is at the helm of another addition to the adventure comedy movie series based on the 1979 Mang Kepweng comics. Vhong Navarro reprises his role as Mang Kepweng, an albularyo’s son who fights evil with a magical bandana. Among those who will be joining him in saving two worlds are Benjie Paras and Ritz Azul.

You might be wondering why former senator Jinggoy Estrada is the lead in director Adolfo Alix, Jr.’s “Coming Home.” Do we need his acting comeback? In the trailer, we see his character in a wheelchair enter his family’s home. Sylvia Sanchez, who plays his wife, tells their kids, “Welcome nyo naman sya.” Ther kids, played by the likes of Martin Del Rosario and Vin Abrenica, start leaving the house and don’t acknowledge their dad. Well, all of them save for one. The walkouts were a big mood.

Director Al Tantay’s comedy is about four married guys who are serial cheaters. It stars Andrew E., Janno Gibbs, Jerald Napoles and Dennis Padilla. Will their wives finally leave them? Will these men actually redeem themselves? How did a misogynistic and transphobic film even make the cut? Those are the questions you’ll probably be asking yourself should you choose to see this.

What are you most excited to catch in the virtual cinema?

Photo screengrabbed from “The Boy Foretold by the Stars” trailer