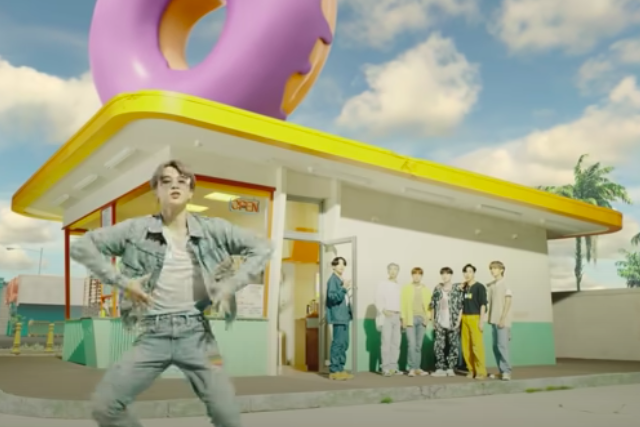 BTS is really “shining through the city,” as the group just  got nominated in the 63rd Grammy Awards. They’re the first K-pop group to earn a nomination for the Best Pop Duo/Group Performance, which is a major award.

It’s not the first time we’ve seen BTS on the most-awaited award show. Last year, “Love Yourself: Tear” was nominated for Best Recording Package. But since it wasn’t really a nod to the actual group, the award would have gone to the art director had it won. BTS however made history as the first K-pop group to present an award at the Grammys.

Upon hearing the exciting news, our beloved bulletproof boys thanked the music award-giving body for the honor, as well as those who never stopped listening despite these difficult times. The boys said they owed the nomination to their beloved ARMY, the reason behind this “miracle.”

Getting restless for the BTS to win already? We just have to wait a bit more. The 63rd Grammy Awards will be held on Jan. 31 at the Staples Center in LA. Until then, can everyone manifest their win with us? Thanks.

Photo screengrabbed from the “Dynamite” MV

Related Stories:
BTS’ ‘Life Goes On’ teases director Jungkook and the group’s dorm
These Filipino rappers are under fire for allegedly plagiarizing BTS
‘BE’ prepared for BTS’ new album in November
Lea Salonga is the latest BTS ARMY recruit