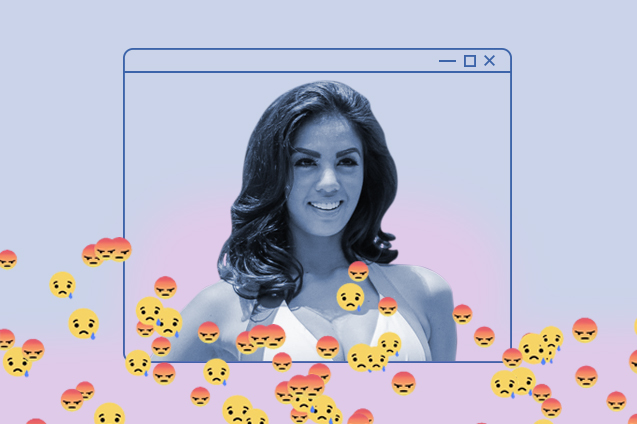 In 2020, a lot more Filipinos got into K-pop. But for former Miss Earth Philippines 2016 Imelda Schweighart, this isn’t something to celebrate.

On Nov. 23, the beauty queen turned musician shared a series of posts on Facebook that drew a lot of flak, especially from K-pop fans. The posts went viral on Twitter after they were shared by media outlets. “Filipinos are losing their identity trying to be like Koreans,” said Schweighart. “Di hamak na mas magaling naman mag-English [ang] mga Pinoy [kaysa sa mga] Korean.”

Are Filipinos losing their identities because of K-pop? #OpinyonMoShareMo

A number of people wondered what brought on this seemingly out of the blue post so the Preen team reached out to Schweighart about the reason behind them, and her reaction to the negative comments she got. Here’s what she had to say: “Why don’t I like K-pop? Firstly, I can’t understand the language. They promote body and face dysmorphia. I can’t identify [‘cause] I got natural curves. And so [do a lot of] Filipinas. We have curves. In the Philippine showbusiness industry, [people] are patterning [a] Korean formula on artistas and I’m enraged that we always have to be some country’s little bitch. This is why I stay underground. It’s [‘cause] I can be real and nobody touches my art with less taste. This is rage. Rage against the machine na, friends.”

“It’s not that deep really. It’s personal preference. I’m a songwriter and I’m familiar with the processes of mixing and mastering songs. I hear the music, it’s mediocre. I’m not saying mine’s the best but I know good quality production and admire artists who are NOT PUPPETS. I’m quite aware that given how sadist fandoms can be, [that is,] attacking people with [fewer] fans than their idols, they would come for me. No one famous could ever do what I do say [or] what I say because [they’ve] got everything to lose and I don’t. In the Philippines, we are programmed to be scared and fearful. But I choose [to] retreat from that mentality. Fearlessness and unity [are] what’s gonna make us a phenomenon. I might not look Filipino but I’m passionate about my country and I wish [the same for them]. I’m not forcing anyone to agree with my opinion. In fact, by law, we have all the right to express our freedom [of] speech. Stop taking things personally, folks. You’re not Korean. [This is] exactly the whole point; a lot of people agree with me too.”

In case you haven’t heard, Schweighart has been releasing songs since 2014 on her Soundcloud and YouTube pages under artist names Eŝthěr and Imelda. Her most popular tracks include “Fuccboi” and “Power Trip.”

When her posts went viral, a number of netizens fired back that artists who take inspiration from K-pop contribute greatly to the P-pop genre.

Kpop has greatly inspired other artists. Hindi laht gumagaya, SB19 is an example. They were inspired by kpop & other genres but look at them now paving d way for PPOP rise! @SB19Official https://t.co/WcqRFLKWBL pic.twitter.com/mR6FMeWGJ5

Some, like Twitter user @cjherradura, disagreed with Schweighart because they believe fluency in English doesn’t really equate to intelligence or being better.

And I'd rather listen to bts songs about self love than your "fuccboi" song. https://t.co/lDjCtH8qls

2020 na galit parin kayo sa mga kpop stans? Our country has a lot of problems, focus on that. https://t.co/yJVOmVAWTU

Others emphasized that liking K-pop shouldn’t be made into a big deal and that the comment was hypocritical.

i didnt listen to kpop to become korean😭 bij i dont eat at burger king to become a king✋😭 https://t.co/iG3iXGonz6

Which side do you agree with?

Related Stories:
She is beauty, she is grace—Mela Habijan is the new Miss Trans Global
Miss U PH’s mini-series is spilling insider beauty queen info
My mom got into K-pop ‘cause I won’t shut up about it
A K-pop slang cheat sheet for the newbie stan

Next
Alexa Ilacad on her pets, pancit canton and Dua Lipa as her ‘Love at First Sight’