Taylor Swift’s old masters aren’t Scooter Braun’s anymore, but he still gets to profit from them? 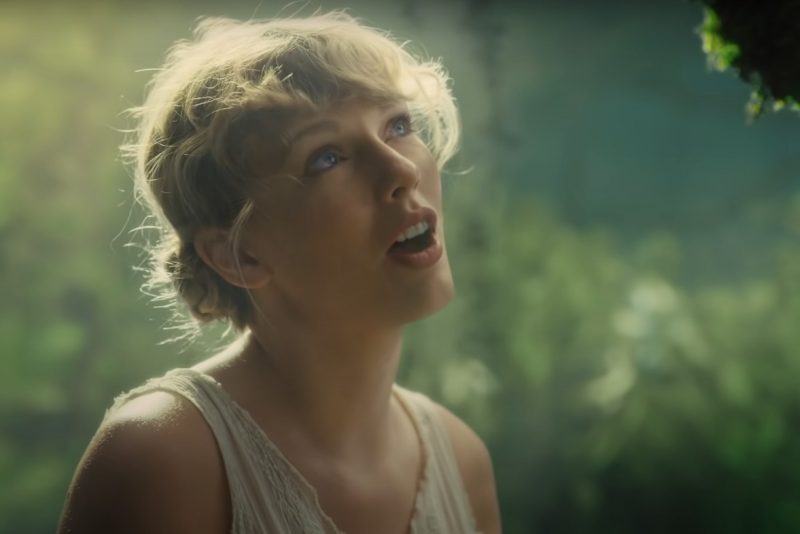 Taylor Swift’s re-recordings of her music pre-“Lover” are coming soon, but the fight against Scooter Braun is far from over. It’s a bittersweet moment for the Swifties.

Earlier today, Swift issued a statement on her Twitter account explaining that her catalog has been sold without her knowledge once again and Braun can, sadly, still profit from it.

Been getting a lot of questions about the recent sale of my old masters. I hope this clears things up. pic.twitter.com/sscKXp2ibD

“A few weeks ago my team received a letter from a private equity company called Shamrock Holdings, letting us know that they had bought 100% of my music, videos and album art from Scooter Braun,” the pop sensation wrote. “The letter told me that they wanted to reach out before the sale to let me know, but that Scooter Braun had required that they make no contact with me or my team, or the deal would be off. As soon as we started communication with Shamrock, I learned that under their terms Scooter Braun will continue to profit off my old musical catalog for many years.”

Taylor has been trying to regain ownership of her iconic tracks in her self-titled album until “Reputation” with her legal team since Scott Brochetta of Big Machine Label Group, her old label, sold the company to Braun in 2019. Currently signed with Universal Music Publishing Group, she mentioned in her statement that one of their negotiations with Braun to regain her old masters required her to sign a nondisclosure agreement that would silence her from speaking against the label owner.

“My legal team said that this is absolutely NOT normal, and they’ve never seen an NDA like this presented unless it was to silence an assault accuser by paying them off,” she explained.

To be fully transparent, Taylor attached a copy of the letter she sent to Shamrock in response to the news. She thanked them for their notice and confessed that she was initially excited for the partnership, but expressed that she could not push through with Braun’s involvement.

“I feel the need to be very transparent with you,” she wrote to Shamrock. “I will be going forward with my original re-recording schedule and will be embarking on that effort soon. I know this will diminish the value of my old masters, but I hope you will understand that this is my only way of regaining the sense of pride I once had when hearing songs from my first six albums and also allowing my fans to listen to those albums without feelings of guilt for benefitting Scooter.”

Shamrock responded to Taylor and wrote in a statement acquired by NBC News: “Taylor Swift is a transcendent artist with a timeless catalog. We made this investment because we believe in the immense value and opportunity that comes with her work. We fully respect and support her decision and, while we hoped to formally partner, we also knew this was a possible outcome that we considered. We appreciate Taylor’s open communication and professionalism with us these last few weeks. We hope to partner with her in new ways moving forward and remain committed to investing with artists in their work.”

The fight to regain her music has been long and grueling for Taylor and, once again, no artist should beg to own their work. While it’s upsetting to know that Taylor’s old tracks have been sold without her knowledge yet again (and still being tied to Braun), the singer assured her fans that she’s been re-recording her previous albums. “It has already proven to be both exciting and creatively fulfilling. I have plenty of surprises in store.”

We’re one with the Swifties who claim that this move is “Better Than Revenge” and we can’t wait to see how the “old Taylor” will be making her comeback. IDK about you, but when those much-awaited re-recordings hit the streaming platforms and record stores, you can catch me streaming “All Too Well” guilt-free.

Related stories:
Taylor Swift cures our cruel summer by breaking records with ‘Folklore’
Taylor Swift is dropping a surprise album and I fully can’t breathe
Taylor Swift is allegedly not allowed to play her old songs at the AMAs
Taylor Swift and the conversation around who should be an LGBTQ+ ally

Next
This local beauty brand is releasing velvety lipsticks