Why is a learning module fat-shaming Angel Locsin? 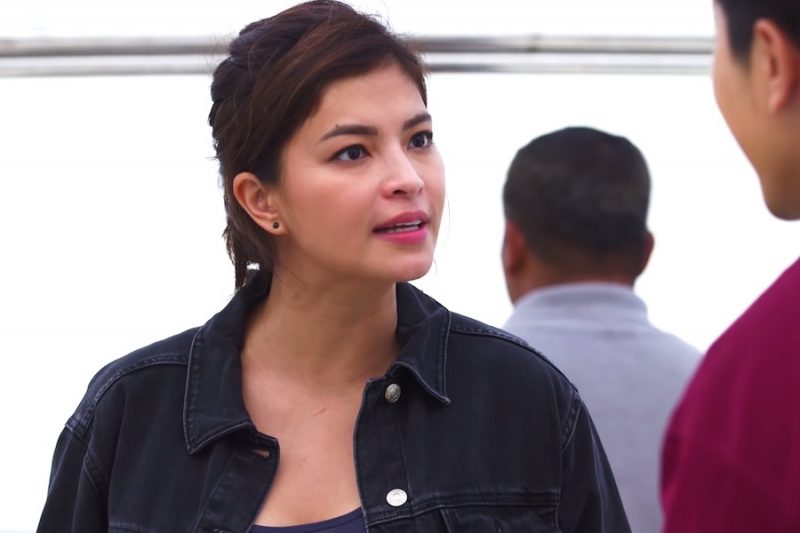 Another day, another opportunity for fat-shaming, apparently. Recently, a post made the rounds on social media showing a school learning module that asks the student to imagine Angel Locsin as an obese person with a sedentary lifestyle and how that will affect her health.

The module, which was made for physical education and health, reads:

“Situation: Angel Locsin is an obese person. She, together with Coco Martin (sic) eats fatty and sweet food in MANG INASAL fast food restaurant (sic) most of the time. In her house, she always (sic) watching television and does not have any physical activities.

Aside from the obviously appalling grammar (how can you expect kids to learn anything when written learning materials aren’t even written properly?), the module itself is both fat-shaming Angel Locsin and reinforcing fatphobic rhetoric. Somehow I don’t really see the answers “She’s going to continue living her life unbothered” and “Lifestyle can affect someone’s health a lot but I don’t see why we’re zeroing in on a fat person’s eating and watching habits when that doesn’t give a full picture of her life. Does she eat at Mang Inasal because that’s what she can afford? Does she only watch television at home because that’s the only thing she has energy for after a long hour at work? Does she have any illnesses that are prohibiting her from doing any strenuous physical activity? You can’t just judge someone’s lifestyle, especially on a superficial level” getting full marks.

The Department of Education has since apologized for the module, explaining in a statement that “the said material is not contained in the self-learning module (SLM) developed and quality assured by DepEd Central Office. The said material is a teacher-made assessment for a Grade 10 MAPEH class purposely to measure specific competencies of the learning area.” The department also took the time to defend the male teacher (of course it was a man), saying, “ we appeal to the public to spare him from any ad hominem attacks as this single mistake will not define him as a person,” which, uh, okay?

Missing from the statement is exactly why the teacher thought this was something alright to teach to begin with. It’s not just the fact that it’s fat-shaming Angel Locsin that’s the problem. It’s the fact that it’s reinforcing tired stereotypes of fat people without questioning them and teaching children that it’s alright to judge a person’s lifestyle based on how they look.

Physical education classes can be the worst™️ if you’re overweight. I know this as a chubby kid. Usually, if you weren’t being openly bullied in these classes, you were at least the butt of many fat jokes, receiving casual and passive-aggressive teases from both your peers and your teachers. I would hollow out in that hour and try to be as small as possible. Days where I had to take my BMI were hell because doing that would hammer in my insecurities.

If I was feeling that and I had to read an actual class module that shamed a plus-sized celebrity while I was young, I wouldn’t have taken that as a learning opportunity. It wouldn’t have taught me to “change my lifestyle” or “improve my health.” It would’ve just fueled a self-hating spiral that was already embedded in me because of, well, and I hate saying this because it’s so cliche and trite now, by society.

We need to do better.

Related Stories:
Angel Locsin is thicc now. What about it?
Angel Locsin wants you to help drag queens and watch them perform
Who’s trying to hack Angel Locsin’s email and social media accounts?
This story about Angel Locsin educating herself on SOGIE will warm your heart

Previous
This mommy teacher bares her fears for the school year