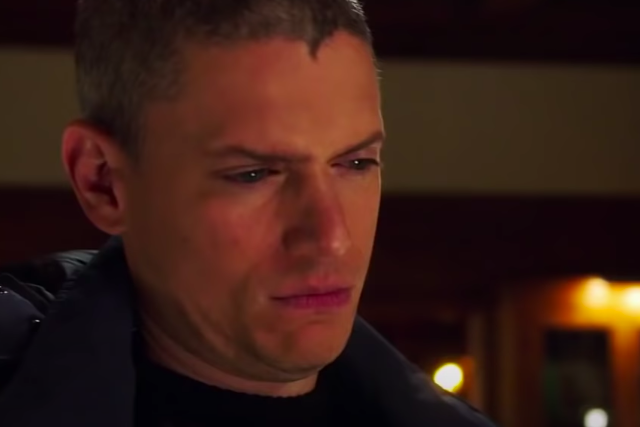 Salute to “Prison Break” star Wentworth Miller for taking one for the LGBTQ+ community by deciding not to play straight characters again. In his recent Instagram post, Miller announced that he has left the Fox serial drama since he believes that stories of straight characters have already been told too many times.

“This is my favorite IG account,” someone wrote in response to a recent post. Thank you. I want you to know I saw that. I see the positive comments and DMs (a lot of them anyway). Affectionate. Supportive. Appreciated (by me). Obviously there are comments and DMs I appreciate less. Who are these people? On my page? What backwards-ass, Stone Age values country did they crawl out of? The U.S.? I won’t be disappearing (too many cool things to repost). The ability to comment likely will. I’m not concerned for myself. I can’t be “bullied” in this space. I have too much power. “Delete. Block. Deactivate.” Etc. But I take seriously the possibility of queer kids visiting here, recently out of the closet or exploring the idea… I don’t want them exposed to bullshit. On a related note… I’m out. Of PB. Officially. Not bec of static on social media (although that has centered the issue). I just don’t want to play straight characters. Their stories have been told (and told). So. No more Michael. If you were a fan of the show, hoping for additional seasons… I understand this is disappointing. I’m sorry. If you’re hot and bothered bec you fell in love with a fictional straight man played by a real gay one… That’s your work. – W.M. 🏳️‍🌈

If you’re not familiar with Miller, before ‘Prison Break’, we’ve seen him as our favorite villain and Barry Allen’s frenemy Captain Cold in CW’s “The Flash.” In August 2013, he revealed that he’s gay after declining an invitation to attend the Saint Petersburg International Film Festival because, he said, he didn’t like how the Russian government treated its gay citizens.

In his letter posted on Glaad’s website, Miller said, “(A)s a gay man, I must decline. I am deeply troubled by the current attitude toward and treatment of gay men and women by the Russian government. The situation is in no way acceptable, and I cannot in good conscience participate in a celebratory occasion hosted by a country where people like myself are being systematically denied their basic right to live and love openly.”

It seems that Miller has been advocating equal rights from the moment he came out in public. Let’s hope that other LGBTQ+ personalities would take note and help mold a more nurturing and accepting world with their voice.

Related Stories:
DLSU finally has an LGBTQ+ org—dare we say, a win for the gays
How do you do it: A safe sex guide for the LGBTQ+
A safe space isn’t silent for this online LGBT haven
LGBTQ+ families in Pasig are qualified for financial aid

Next
“She was not a phase,” a writer shares about her first love