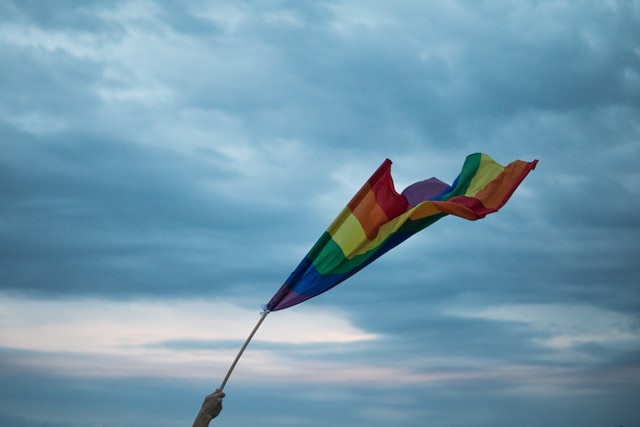 On Nov. 4, the House Committee on Women and Gender Equality conducted a hearing on the Sexual Orientation and Gender Identity and Expression (SOGIE) Equality bill, which is meant to protect the LGBTQIA+ community from gender-based violence and discrimination. Acting as resource persons in attendance were politicians, religious groups and pro-LGBTQIA+ advocates. Previously, the House of Representatives approved the SOGIE bill on its final reading during the 17th Congress, but its version in the Senate languished in the period of interpellation. After yesterday’s hearing, the committee accepted the 17th Congress-approved version as the working draft of the bill. However, its passage has been deferred for at least one more hearing.

At the hearing, we unfortunately had to sit through many ignorant and discriminatory statements once again, showing exactly why we need the bill. For example, many reiterated claims that it would somehow “discriminate” against straight people and encourage sexual crimes like pedophilia or necrophilia. Despite proof to the contrary, lawmakers continue to believe these misconceptions about SOGIE, and choose to uphold their own personal biases over the rights of Filipino citizens.

Here are a few loaded statements that we just had to unpack.

First of all, everyone has a sexual orientation and gender identity, including straight people. That’s what SOGIE stands for. Passing the bill won’t take away rights from anybody, and the “straight community” will also be protected by the bill. In fact, Bataan Rep. Geraldine Roman, a sponsor of the bill and a trans woman lawmaker, says so herself, reiterating that even straight people can use the SOGIE bill against discrimination.

CCPF: "What is in the bill for the straight community? Do they have identity? There is not even an attempt to protect them."

Yes. The SOGIE Equality Bill includes the straight community as EVERYONE has SOGIE.#SOGIEEqualityNow#PassADBNow#AchibDisBill

Atty. Lyndon Caña: “Ang nangyayari po dito, feelings which are orientation, identity [and] expression will be stronger than facts. For example, CR/toilet. A man who feels he is a woman goes to the toilet for women and yung basis lang niya ay gender identity and there are several women there who are uncomfortable with the presence of the man who feels that he is a woman.”

To stress his belief that the bill discriminates against straight people, Atty. Caña brought up the issue about restrooms and claimed that, “there are several women who are uncomfortable with the presence of the man who feels that he is a woman.” We’ve said this before and we will say it again: trans women are women. This is their gender identity and they should have every right to receive the same privileges as cis women. Moreover, their rights shouldn’t be diminished because of other cis women’s transphobia.  Studies show that trans people have suffered several instances of gender-based violence with some cases even leading to death. The SOGIE bill is meant to protect our trans siblings from such abuses; it does not step on the rights of cis people.

Atty. Lyndon Caña: “We sense that the [LGBTQIA+] community, while we respect and love them and want them to be protected, nagiging super special elite class siya compared to the rest.”

Sir, we been knew that queer people have been slaying and winning at everything they do, so we understand why you’d see them as a super special elite class. (Hold the sarcasm.) The LGBTQIA+ community has been facing discrimination, abuse and even murder for being themselves for years. The SOGIE bill aims to give them protection against this in public spaces, work places, educational institutions and similar areas. This is a basic human right. How are they a “super elite class” when they aren’t even given the same basic human rights afforded by cis heterosexual people? The SOGIE bill does not grant special treatment or more rights to the LGBTQIA+ community than others. It’s merely allowing them to be treated the same way all humans should be treated, the way their straight counterparts are already being treated.

Atty. Lyndon Caña: “We have the nomenclature [LGBTQIA+] and in the documents of Congress we take careful note of the fact that [LGBTQIA+] in many of the documents mayroong + or ++. Ang question, when will this end? What’s the legal limitation of the right to sexual orientation? For example, if an old man is attracted to very young children, sexual orientation na ‘yun, pedophilia yun. Included din ba yan sa fundamental human right? How about those who are sexually attracted to the dead? Included din ba yan sa [LGBTQIA+]?”

We would like to make it clear that pedophilia and necrophilia are not the same as being LGBTQIA+. Pedophilia is a mental illness where an adult is attracted to children, while necrophilia is being attracted to the dead. Both are considered psychiatric disorders and crimes. Being LGBTQIA+ is not a mental illness, a psychological disorder or a crime.

Sexual orientation refers to whom a person is attracted to based on sex and gender while gender identity is how a person identifies themselves and gender expression is how they embody these gender attributes and roles. None of these have anything relating to pedophilia or necrophilia.

Just because being queer used to be branded as just as deviant as necrophilia and pedophilia doesn’t mean you can tack those onto queerness. It doesn’t make sense. If you don’t believe there’s anything wrong with that slippery slope argument, think about it this way:  Interracial relationships were also once illegal and considered immoral with people arguing that it went against their “Christian beliefs.” Would it also make sense to say, “People of different races can now marry! What’s next, allowing people to have sex with the dead?”

It’s 2020 and it’s high time we recognize that the freedom to one’s SOGIE is a human right and shouldn’t be used to excuse pedophilic and necrophilic behavior. We are one with Rep. Roman’s clapback to this absurd statement: “We are here in the House of Representatives. Do you seriously think that we would legislate something that would allow necrophilia and pedophilia? How dare you.”

Rep. Eddie Villanueva: “We need to invite speakers from the business sector. The SOGIE Equality bill has provisions for hiring, so this would affect people’s managerial rights to hiring. Gusto ko lang po masabi before the eyes of God—paano kung priority ng kompanya ang mga macho?”

*In Regina George’s voice* So you agree? There are employers who discriminate against potential hires for not being “macho” enough? This is the very reason why we need the SOGIE bill; nobody should be discriminated against based on their sexual orientation, gender identity and gender expression. This includes any preconceived ideas of “machoness.” Plus, we don’t think we were able to catch Rep. Villanueva stating actual instances of people losing jobs and access to education for being straight.

Rep. Eddie Villanueva: “The separation of church and state is a statement that has been abused. You can never separate God and the state. To be anti-God is a sign of insanity.”

In case you haven’t noticed, not everybody in the Philippines believes in the same god. Christianity isn’t the only religion in the country (let’s not forget the country’s huge Muslim population), and even if it were—people practice many different forms of Christianity here. This includes Roman Catholicism, Iglesia ni Cristo, Protestant denominations and many more—and there are progressive churches within these sects that have outspokenly supported the LGBTQIA+ community. That’s why we have a separation of church and state. There are so many religions in this country, and as lawmakers, you have the responsibility to serve the community, regardless of religious beliefs.

Rep. Eddie Villanueva: “Are the [LGBTQIA+] exempted to discriminate [against] the laws of God clearly recorded in the Holy Bible? Are we pushing our people like the [LGBTQIA+] to be condemned in eternity or is it not possible to have a rehabilitation program for everyone?”

Again, it’s not as if Christianity is the only religion that exists in this country, and its scriptures are not in any way considered legally binding. We don’t follow the laws of a certain religion’s holy text; we follow the laws of our Constitution. Plus, Pope Francis himself expressed his support towards queer people so even if we take Catholic doctrine as law, homophobia would still be highly discouraged.

But more importantly, queer people are not people that need “rehabilitation.” They don’t have something fundamentally wrong with them that needs fixing. And if this “rehabilitation” he’s talking about is conversion therapy, newsflash: Aside from the fact that conversion therapy is incredibly damaging and harmful, it also doesn’t work. Your sexual orientation and gender identity are innate. They’re not something you can pray away.

Rep. Villanueva rattles off bible passages to equate LGBTQIA+ people with "the vile", "murderers" and etc.

A common tactic of the religious right to ignore the LEGAL separation of State and Church while dehumanizing LGBTQIA+ persons.#SOGIEEqualityNow#PassADBNow#AchibDisBill

Rep. Roman reiterated (for the nth time) that the SOGIE bill is an anti-discrimination bill. It does not grant same-sex marriage or civil unions. Those are completely different matters (which, BTW, should be addressed soon as well). Please read up; you are lawmakers, you should know this.

That said, there is nothing wrong with having a future bill that would allow marriage licenses to same sex couples. It’s 2020, it’s high time we allow gay marriage. If even the pope himself supports some form of it, then what’s stopping us?

The fight for gender equality and anti-discrimination is far from over. While it may seem tiring to forward the same arguments to refute the same ignorant statements at every hearing, we must continue to fight for the safe spaces that our LGBTQIA+ siblings deserve.

Photo by Yannis Papanastasopoulos on Unsplash

Related stories:
No, AFP, the SOGIE bill does not grant ‘special privileges‘
This story about Angel Locsin educating herself on SOGIE will warm your heart
Unpacking the ignorant statements from the SOGIE Bill hearing
Understanding what SOGIE means and why it matters