Goop scandals to know before you watch ‘The Goop Lab’ 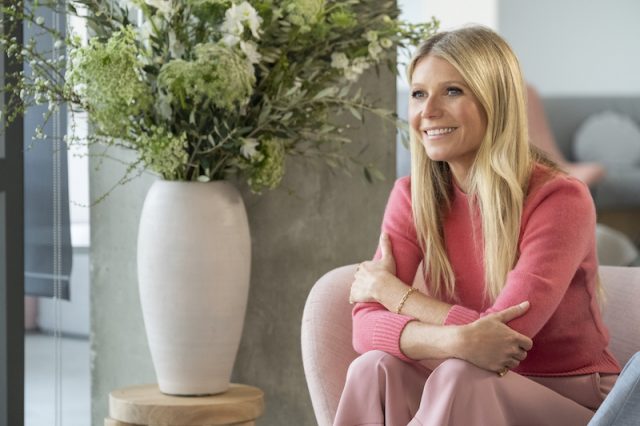 Gwyneth Paltrow’s natural health company Goop has had its fair share of fanfare and controversies. The latter mostly involved the promotion of false or unverified health claims. Goop even paid a $145,000 settlement in 2018 for claiming that jade and rose quartz eggs can “tone muscles and increase sexual energy.”

You’d think that people would stop taking Goop seriously after reading about its controversies. But lo and behold, Netflix made a documentary titled “The Goop Lab” that’s premiering on Jan. 24. Based on the trailer, it will showcase various natural remedies. Paltrow will also make an appearance to talk about the practices they promote on Goop’s site.

The news was met with negative reactions from netizens, saying that Netflix shouldn’t have done the project because Goop spreads misinformation. The documentary will just give the company a much bigger platform.

Dear @Netflix, the spread of health misinformation does real harm (https://t.co/4Yc3ZTKynz). In addition to promoting unproven ideas & products, it contributes to erosion of #criticalthinking. cc @DrJenGunter

In this era of #fakenews, pls do better!

Besides the point that Gwyneth and her goop goons spew utter codswallop, this shit is dangerous because some people actually believe it. Talk about irresponsible programming @netflix ? https://t.co/lpb4qMeNdX

However, it seems like controversies didn’t stop Netflix from producing the “The Goop Lab.” According to Zak Shaikh, vice president of programming and entertainment of Magid, “Netflix and streaming services at large haven’t had the same level of success with unscripted content that they have with scripted series. Perhaps they see partnering with a somewhat controversial brand as a way to get that attention.”

Shaikh emphasized that Netflix’ business model depends on subscribers, not advertisers, which gives them the liberty to tackle controversial topics. (Also, Paltrow is a famous actress who has starred in some Netflix Original series. That might be a factor as well.)

Some of you may be wondering about Goop’s other scandals aside from the jade eggs. We’re listing them down below to help you decide whether you should watch “The Goop Lab” out of curiosity or not.

face mask / heat pad / vagina steam no I don’t know if any of this works but it can’t hurt right? *vagina dissolves*

Goop infamously praised “V-steams” in a blog about New York saunas. They claimed that vaginal steaming is meant to cleanse the uterus and balance female hormone levels. OB-GYNE Dr. Jen Gunter countered this claim, saying there’s no scientific proof that steaming will balance one’s hormone levels, plus the fact that vaginas are self-cleaning organs.

It’s true that wearing a bra with underwire can be uncomfortable because it can give women muscle pain and irritation. But Goop speculated that underwires are linked to breast cancer. This was debunked by experts and even non-profit organization BreastCancer.org, and Paltrow was criticized for scaremongering.

I mean, if Goop wanted more women to go braless, they didn’t have to go with the breast cancer narrative.

We’ve talked about bee sting therapy before and how it can benefit the skin. Paltrow swears by this treatment, telling the New York Times in 2016 that it helped fade scars and reduce inflammation. However, she was later criticized in 2018 when the “Journal of Investigational Allergology and Clinical Immunology” reported that a 55-year-old woman in Spain died after getting bee sting therapy.

The report cites, “In sensitized persons, venom compounds can act as allergens, causing the release of mast-cell mediators and a spectrum of allergic reactions that can range from mild, local swelling to severe systemic reactions, anaphylactic shock, or even death,” the journal wrote. Furthermore, repeated exposure to the allergen was found to carry a greater risk of severe allergic reactions than in the general population.”

In 2017, Goop released so-called “healing stickers” ($60 for a 10-pack) made by Body Vibes which are said to cure physical ailments (like skin problems and hangovers), help increase focus and reduce anxiety. Goop and Body Vibes also claimed that the stickers are made from “the same conductive carbon material NASA uses to line space suits,” which allegedly allows the stickers to target certain imbalances.

If you think that sounds outrageous, it definitely is. Dr. Gunter debunked Goop’s claims that the stickers can “rebalance the energy frequency in our bodies,” noting that there’s no proven medical way to do so. NASA even called Goop out for claiming that the stickers are made from spacesuit lining. A representative from NASA’s spacewalk office told Gizmodo, “[The spacesuits] do not have any conductive carbon material.”

After much backlash, Body Vibes had to issue an apology, saying it was a “communication error” and that their engineer “was misinformed by a distributor about the material in question, which was purchased for its unique specifications.”

This product by Paper Crane Apothecary is sort of like a healing crystal in a bottle that’s meant to ward off “psychic vampires,” aka people who “drain the life out of you.” It is currently on sale on Goop’s website for $27 with the claims that it can “banish bad vibes” thanks to “a combination of gem healing and deeply aromatic therapeutic oils.”

Okay, some of us have crystals to boost our mood, but we don’t think a spray bottle is enough to repel people who give you bad vibes. Although Goop clarified to Insider that it’s meant to be a tongue-in-cheek product, people still found it sketchy since the repellent wasn’t evaluated by the US Food and Drug Administration.

We know some people follow natural beauty routines and would vouch for their benefits. But remember to always be cautious of these procedures and don’t mindlessly follow health fads just because a celebrity is endorsing them. Check with your doctor first before trying anything that might endanger your health.

As for “The Goop Lab,” you can boycott the documentary if you want. We also can’t blame you if you want to get an in-depth look at what happens in Goop HQ and how they endorse these natural health practices. Who knows? Maybe this documentary would actually prove the misinformation allegations against Goop.

Previous
NikkieTutorials on labels and coming out on your own terms

Next
Protect yourself from the Taal Volcano ashfall