Outsized bows and macro-sleeves: Our favorite looks from the 2020 Golden Globes 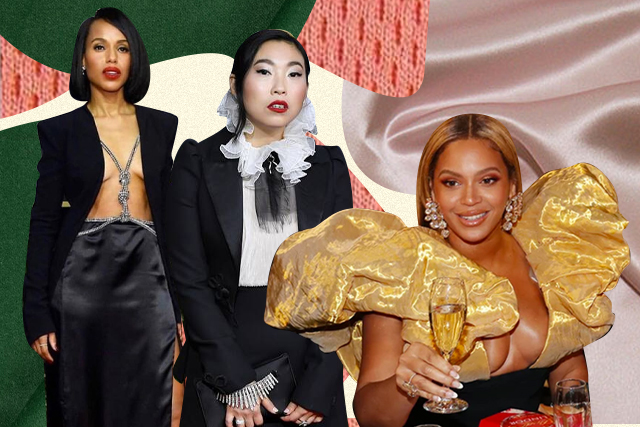 Hollywood stars arrived at the 77th Annual Golden Globes Awards on Sunday, Jan. 5 to celebrate the best of last year’s TV and films. What were the top fashion choices? Judging from the stars’ red carpet looks, ruffles, bows, and sheer lace were some of the most popular choices. Here are some of our favorite looks:

Kirsten Dunst glows in this millennial pink ethereal lace gown designed by Rodarte. According to Nylon, Dunst picked out the lace herself along with her designers.

Isn’t this girl the cutest? Dressed in Mischka Aoki, Julia Butters (best known for her role as Trudi Fraser in “Once Upon a Time in Hollywood”) showed that bows and florals do go together.

Gwenyth Paltrow served some looks in this 2020 Fendi pre-fall ruffled brown sheer gown. But what got our attention is her beautiful necklace. “My favorite part of the whole thing is how we [accessorized] it—with a load of jewelry, which I don’t normally do, but it’s just such a cool thing,” said her stylist Elizabeth Saltzman in an interview with InStyle. “Because the dress is so sheer, it kind of makes it almost fairytale-like. It’s very elegant, it’s very luxe, and it’s very Gwyneth.”

@jlo’s presence at the #GoldenGlobes is a GIFT ?

Jennifer Lopez did not come to play, y’all. She wore a big bow gown courtesy of Valentino—and it looks like a gift. Her hairstylist Chris Appleton also gave us a closer look at her braided bun on Instagram.

Who can pull off a blazer with power ruffles better than Awkwafina? Dressed in Dior, “The Farewell” actress wore an elegant monochromatic dress that won our hearts. But most importantly, Awkwafina won the Best Actress Award in the musical or comedy category, making her the first Asian woman to win the title.

Of course, Beyoncé is on this list. She and her husband Jay-Z low-key arrived at the Golden Globes, but there’s nothing low-key about her dress. Macro-ruffles in puffed sleeves? Only Queen B could slay this look.