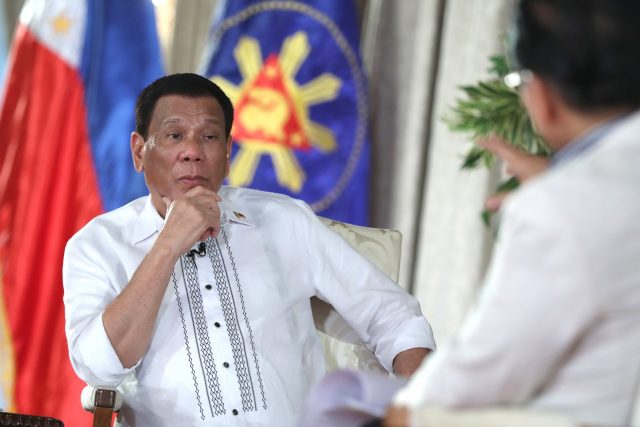 After high-key saying that being gay is a disease in a  speech during an economic forum in Japan, Pres. Rodrigo Duterte held a thanksgiving dinner for members of LGBT Pilipinas, Inc. on Dec. 17. He also headed the oath-taking of the organization’s national officers.

LGBT Pilipinas, Inc. is a non-government organization that fights for the Anti-Discrimination Act and the Sexual Orientation and Gender Identity Expression (SOGIE) Equality Bill.

President Rodrigo Duterte hosted a thanksgiving party in Malacañang for members of the LGBT community led by Gretchen Diez, the transgender woman who earlier figured in a controversy after she tried to enter a female toilet at a mall in Quezon City. https://t.co/cfJFLyGa0i pic.twitter.com/OsyURYWsXT

During the party, Duterte mentioned that he recently signed an executive order institutionalizing the Diversity and Inclusion program and creating an inter-agency diversity and inclusion committee.

Among the attendees was Gretchen Diez, the trans woman who was discriminated for entering a female restroom in Quezon City. The incident sparked discussions on creating separate restrooms catering to trans people. Businessman Joel Cruz and singer Sephy Francisco were also present at the event.

Despite efforts to show support to the LGBTQ+ community, it still doesn’t excuse his previous discriminatory views, plus the fact that the government still can’t prioritize the passage of the SOGIE bill. We see how it is, Mr. President.

Previous
Lessons on relationships and breakups from ‘Marriage Story’

Next
7 motivational podcasts you should listen to this 2020