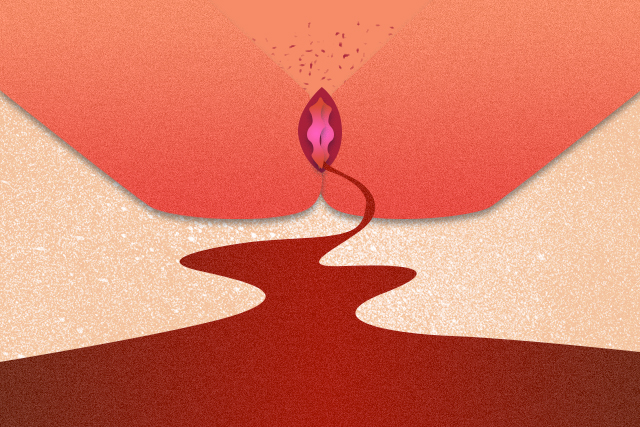 I remember when my cousin went home crying after she first got her period. She was in grade six. She said she could feel her underwear was soaked and when she tried to go to the bathroom, her teacher didn’t allow her. She described to me how she felt judged by her classmates, and how other people made fun of her. She was so confused and ashamed.

Menstruation is a natural function in the world, and it’s both a mark of femininity and fertility. Period shaming, as defined by period solutions company THINX, is “something a lot of women feel, starting with their very first cycle, which can occur as young as eight years old. Those feelings of embarrassment and self-hate are then reinforced by society, which tells women that their bodies should be clean and tidy, and if they aren’t, well that’s not something to be openly and honestly discussed. By anyone.”

Period shaming comes in many forms, but preteens and teens are most likely to be affected because of its unpredictability, especially those who just got their periods. According to Parents, they are “too embarrassed to say why they need to be excused and, sadly, even when they do, some adults don’t understand why it might be an emergency.” One example of this is the 14-year-old girl in Kenya who took her own life after a teacher called her “dirty” for having her first period and then expelled her from class. The girl’s death has sparked protests and discussions about period shaming and the issue of access to menstrual products.

The experience of menstruation already brings so much anxiety and discomfort, but what more for girls that are explicitly shamed for it? And how is it considered “gross” if it’s a natural thing that happens in our bodies? It’s not like we have the option to control it. Trust me, we would if we can.

According to Menstrual Hygiene Day Organization, “forty-two percent of women have experienced period-shaming, with one in five being made to have these feelings because of comments made by a male friend.” As expected, men have the most to say about our bodies. We don’t get to talk freely about our periods without risking hearing inappropriate comments from men. It’s absurd. Women are made to feel ashamed of their bodies, while men can freely express their sexuality.

Buzzfeed did a study on what period shaming looks like around the world. Nikhat from Fiji said that their pads are “wrapped in a newspaper when they are purchased” to hide them. Why are we even taught to hide our tampons? And why is it that when we buy them, some people look at us like we’re buying something illegal? I admit I used to be so embarrassed whenever I would buy tampons. I just didn’t like the thought of people knowing that I was on my period. It’s the same thing when I ask my friends if they have tampons: It’s either I whisper it or just text them in case anyone could hear. But as I grew older, I felt more confident in my body. I didn’t want to be part of a culture that encouraged this kind of silencing. Before the #MeToo movement, women were urged to “be patient and allow the issue to be resolved quietly.” They were also warned that they could be ‘branded a ‘troublemaker’ if they raised their concerns. Women suffer in silence every day and I didn’t want to add more to that. It also just reinforces the idea that periods are something to be ashamed of.

Comments like, “Are you in a bad mood because you’re on your period?” is a form of period shaming, as it suggests that periods are to blame for our emotions. The link between menstruation and mood is a lot weaker than most people think. Researchers from New Zealand reviewed 47 studies about moods and menstrual cycles. Of all these studies, 18 (38.3 percent) found no association of mood with any menstrual phase. 85 percent of women who participated in the study also reported that they didn’t experience typical menstrual symptoms like mood swings. So how we react is not entirely connected to what our bodies do, and to insist otherwise just shows a lack of understanding about menstruation. We’re not asking for much, all we want is to go through our cycle peacefully—we don’t owe anyone an explanation.

What we can do

These negative attitudes towards menstruation perpetuate anxiety and body-image issues. Period-shaming has to stop, and women shouldn’t just be the ones taking action. Sexuality educator Ashley Hammond shared, “I once heard a young teen boy say that a classmate was on her “P” as if the word period was akin to a four-letter-word.” She then suggested that men should also be part of the conversation. “Periods are just a fact of life, no more and no less. Hopefully, this will impart the message that periods are a neutral bodily process, nothing to make a big deal over.”

A big part of destigmatizing menstruation has to do with proper education. The more young women realize that periods are not something to be mocked, the more they will be confident about their bodies. Periods are not supposed to be taboo. They’re a fact of life, and therefore we need to be able to talk about them freely and without any shame.

Related stories:
Debunking the period myths you thought were legit
Not ready for menstrual cups? Give period panties a try
Ladies, it’s time you start paying attention to your irregular periods
Why people are mad about this brand removing the female symbol on sanitary pads
This woman is on a mission to stop plastic tampon production