A love story that proves that age is just a number 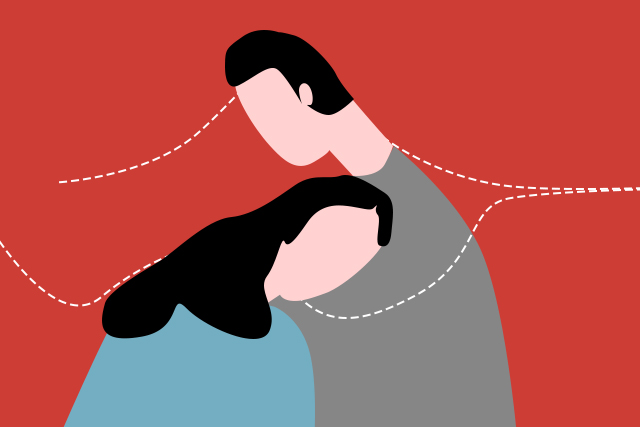 Dating in a conservative country can be tough. There are certain traditions and expectations forced on you be society and even your family. People think they’ll end up marrying their high school sweetheart or fall in love with their blockmate BFF in college. Okay, that’s probably true for some people but it isn’t always that easy or straightforward.

Let me get more personal so you know what I’m talking about. I always had problems trying to talk to boys that I liked. Not only because I’m socially awkward but also because I could never really find things we had in common. High school crushes were fleeting as I had one empty conversation after another. While my friends were going on dates and having their first kiss, I was just trying to find someone I clicked with.

Fast forward to college and I had just gotten out of a two-year relationship that made me go crazy. It was the end of my second year and I wasn’t in a rush to jump into another relationship. I made time to see my friends more and forced myself to meet new people. I just wanted a change of scenery after being stuck in a bubble for so long.

Sitting at a table in my university, surrounded by my batch mates, it dawned on me that I didn’t really fit in. Something always felt off, like I wasn’t in on the jokes or enjoy what they had planned for the weekend.

After feeling out of place for a few months, I decided to get out of my comfort zone. I met people out of my usual “circle” and went out on my own. I got to know people from different schools and age groups, including my fiancé Vince.

It was the summer before my third year of college when a mutual friend introduced us. This was five months after the breakup I mentioned earlier. We would see each other here and there, and chatted once in a while. But the more frequent it got, I realized how easy it was. I didn’t find myself trying to force a conversation, everything just came naturally. We had similar interests that made every discussion just blend into the next one.

Eventually, we were seeing each other everyday for dinner, or a party, or a lazy night at his apartment watching cartoons. For the few weeks or months when we started hanging out, the topic of our age never came up. He knew I was I college and I knew he was working. Based on the mutual friends that we had, I estimated how old he was but I was off by a few years.

I can’t remember when exactly I found out we have a seven-year age gap. But, when I did, waves of doubt came every now and then. I would think about how we’re in different phases in our lives and it wouldn’t work out. I thought about how maybe I wouldn’t get along with his friends because I was younger.

Over the four years we’ve been together, we’ve proved my doubts wrong many times. It doesn’t matter that we have an age gap. What does is that we have the same mindset and level of maturity. We understand each other’s goals and support each other. We have similar interests that keep our relationship stable but we each bring something different to the table and learn from each other. We also found that we’re our true selves when we’re together.

My advice for people who might be going through the same thing is to make your move, even when you have doubts. I mean, I’m getting married in two weeks to someone I wouldn’t have ended up with if I stuck to tradition and society’s expectations. Choosing to stand against these norms and letting love rule will always be one of the best decisions I have ever made—and I’m sure it will pay off just as well for you.

To learn about Closeup’s Free to Love campaign as well as watch videos that outline modern love scenarios, you can visit their Facebook Page.

Next
If Prince Andrew isn’t a sex offender, why is he defending Jeffrey Epstein?