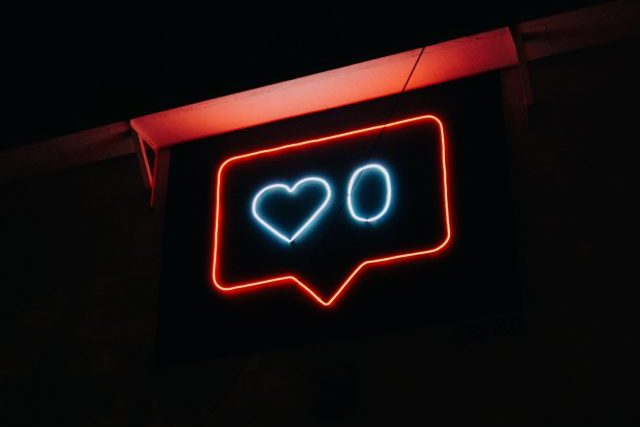 It’s normal for us to share our thoughts and feelings on social media. Most people choose to only show the good side, while others really bare their soul and are not scared to post about their sadness and frustrations.

However, if you choose to do the latter, your followers might think you’re “sadfishing.”

According to Dazed, the term was coined after Kendall Jenner talked about her struggles with acne and how she would be bullied for it. As much as it resonated with her followers, it was soon revealed it was just a teaser for her Proactiv ad. She was accused of capitalizing on people’s sympathies to give the ad more traction.

I’m so proud of my darling @KendallJenner for being so brave and vulnerable. Seeing you share her most raw story in order to make a positive impact for so many people and help foster a positive dialogue is a testament to the incredible woman you’ve become. pic.twitter.com/rJUXdN2Wmq

Urban Dictionary defines “sadfishing” as “the practice of writing about one’s unhappiness or emotional problems on social media, especially in a vague way, in order to attract attention and sympathetic response.” Netizens have considered this toxic as it allegedly manipulates people’s emotions and is also seen as clout-chasing.

In fact, Digital Awareness UK (DAUK) reported that sadfishing is one online trend that greatly affects the youth aged 11 to 16 years old. The results found that young people who post about their emotions on social media may have trouble confiding in their parents (obviously), and are also susceptible to anonymous bullying.

“DAUK is concerned about the number of students who are bullied for sadfishing (through comments on social media, on messaging apps or face-to-face), thus exacerbating what could be a serious mental health problem. We have noticed that students are often left feeling disappointed by not getting the support they need online,” the report noted.

World Mental Health Day just passed and it’s scary to think how people are wary of posts about depression. It’s true that not everything on the internet is real, but how do you really discern which ones are expressing genuine sadness on social media? Likewise, is it really safe to be so open on social media about our emotions?

But bullying isn’t the only concern sadfishing brings. DAUK also brought up the possibility of groomers taking advantage of vulnerable youth. One example, cited by “The Telegraph,” was how a teenage girl started a relationship with a man who respond to her posts about depression. She later found out he was much older and was grooming her by sharing his own experiences to try and get her sympathy and affection.

The Bark Blog enumerated the stages of grooming, which include gaining the trust of a young person and fulfilling their needs (material or emotional). To give you perspective: This is what Drake allegedly did to Hailey Bieber and Millie Bobby Brown.

Since the youth (and people in general) often turn to social media for validation, they often measure their worth on the attention they gain online—be it through their selfies, funny meme posts, or actual sadfishing. We are conditioned to think that more likes = happiness; and attention = genuine affection.

So, how do we deal with sadfishing, sharing our feelings online, and the repercussions that come doing so?

First, doing away with the term sadfishing altogether. Dazed called it an “unhelpful term” since it encourages people to be doubtful of posts about sadness and depression. Instead of checking on someone who might be going through something, your instant thought is that it’s fake.

Second, taking a social media break, especially when you’re constantly checking if you’re getting the reaction you want on your posts. According to the Anxiety and Depression Association of America (ADAA), people with social media obsession often experience loneliness because they compare their lives with others. They also feel pressured to share everything about their lives to get likes—it’s high-key like the “Black Mirror” episode “Nosedive.”

Lastly, just be careful and responsible when using social media. There are a lot of fake posts and seedy people on the internet. We are all free to share whatever we want on our social media platforms, but we should discern which ones are genuinely checking on you and the ones who have an agenda.

It’s also important to instill these lessons to younger peers and family members who are on various platforms. Not only are you educating them, you’re also protecting them from predators.