Looking back at ‘Breaking Bad’ and its woman problem 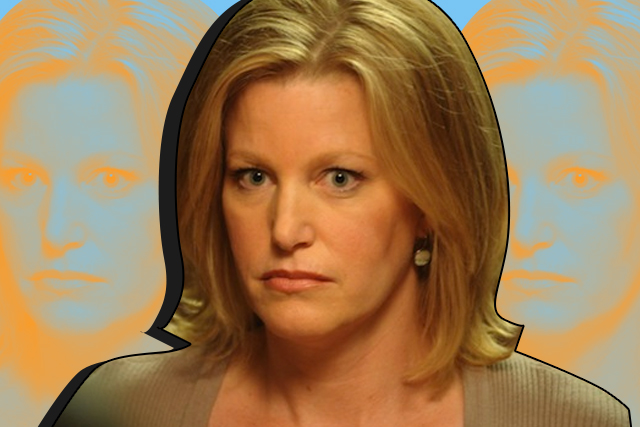 It’s been six years since “Breaking Bad” aired its finale. Fans of the show have already accepted Walter “Heisenberg” White’s death (if you haven’t seen it, we’re sorry for the spoiler), but some were still curious as to what happened to Jesse Pinkman after driving away on the last episode.

In a surprise move this year, director Vince Gilligan and actor Aaron Paul announced the Netflix film, “El Camino: A Breaking Bad Movie.” Based on the trailer, it follows Jesse, who’s on the run and trying to start a new life after the events of the main series.

As a “Breaking Bad” fan myself, I’m currently rewatching all five seasons (as of writing, I’m starting the last season) to prepare for “El Camino.” What I can say is it’s a different experience watching it now as an adult with more knowledge on feminist issues compared to when I finished it in college.

What does feminism have to do in a show about crystal meth and the Mexican cartel war anyway? Well, a lot.

I’ll be the first to admit that I absolutely despised Walter’s wife, Skyler, when I first saw “Breaking Bad,” and I’m not the only who does. There were apparently anti-Skyler White Facebook pages (like this one) popping up at the time. I still got annoyed at her when I rewatched the earlier seasons just last week.

Several episodes later, I realized that the problem isn’t Skyler. It’s our perception of how a woman should act in the story, and how we’re rooting for Walter because he’s the protagonist of the show.

The first two seasons of “Breaking Bad” hinges on Walter’s lung cancer diagnosis and how he uses his chemistry background to manufacture crystal meth. He says he’s doing this to earn money for his chemo, as well as his family’s savings in case he passes. We were conditioned to empathize with him—who wouldn’t root for a dying man who’s just doing his best, right?

But in between his “noble acts,” he lies to his wife and son, and raises suspicion he’s cheating after revealing he has a burner phone. Let’s not forget that he makes illegal drugs with Jesse, sells them, and hurts other drug dealers in turf wars.

Once he goes into remission, Walter continues his life of crime—from drug manufacturing to straight-up murdering people—until the end of the series. His actions affect his family and even Jesse Pinkman.

But, sure, Skyler White is the b*tch because she’s not the cookie-cutter wife who simply follows her husband’s every whim and stands by him no matter what. Even actress Anna Gunn, who plays Skyler, noticed how much hate her character was getting on Facebook and AMC’s (the show’s TV

network at the time) online forums.

“A typical online post complained that Skyler was a ‘shrieking, hypocritical harpy’ and didn’t ‘deserve the great life she has,'” Anna wrote in a 2013 “New York Times” op-ed. “The consensus among the haters was clear: Skyler was a ball-and-chain, a drag, a shrew, an ‘annoying b*tch wife.'”

Director Vince Gilligan envisioned Skyler as “a woman with a backbone of steel,” which is appropriate considering Walter’s criminal background and manipulative ways. In a “New York Magazine” interview, Vince said viewers were misogynistic for hating Skyler in the earlier seasons because she was the sole voice of morality. He added that Skyler started becoming unlikeable whenshe “succumbed to Walt’s machinations” sometime in season four.

Skyler White is the antithesis of “the mommy myth,” which is the idealization of motherhood in the media and how superficial they are portrayed. Anna told Salon in 2012 that she was directed to be unemotional and less sympathetic. This tricked fans into empathizing with Walter and at the same time, it didn’t place Skyler into the stereotype that moms should be meek and only secondary to their husbands.

What about the other women in “Breaking Bad”? While many of them were more likeable than Skyler according to viewers, some of them were still portrayed negatively in the series.

As “The Atlantic” put it, Marie Schrader wasn’t liked because she “natters.” Meanwhile, Jane Margolis was seen as someone who would ruin Jesse’s life by introducing him to heroin.

Other times, they were either instruments or collateral damage to the protagonists and antagonists’ fight to reach the top. “The Atlantic” also mentioned that “Breaking Bad” reeks of toxic masculinity and male characters asserting dominance towards their enemies and even their allies. One example is Walter and his “Do you know what I had to do for this family?” outbursts.

The show isn’t perfect, but it does raise several moral questions, especially with how people judge the women in the show. Ultimately, neither Skyler White nor the other female characters deserve hate from rabid fans.

The real villain is Walter White: the man who started the string of crimes from the beginning; who put his family in danger; and the one who manipulated everyone to empathize with him.

Related stories:
Women in horror: How films in 2019 tackle inequality and #MeToo
Female-led Cinemalaya films with international awards
TV shows that got a second chance with reboots
LOOK: Gloria Diaz makes an appearance in this Netflix show

Next
These cakes are made for every SOGIE