I want kids, but I don’t want them to fight climate change for us 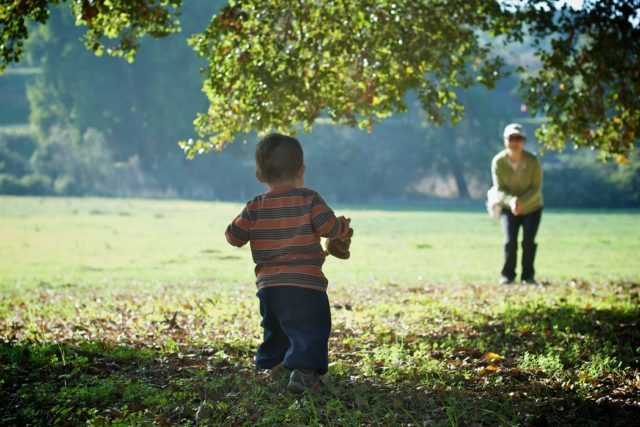 “Having children? In this economy?”

The phrase above is often quoted by millennials on social media. They sound like they’re kidding, but most of the time, they mean it because they think it’s not the right time to bring another human into the world.

Now, the phrase has taken a different meaning with the worsening climate situation.

This year alone, we’ve seen news of the Amazon Rainforest in flames, the Himalayan glaciers melting, and the Arctic ice filled with microplastics. That’s just the surface—Greta Thunberg wasn’t exaggerating when she said we’re facing a mass extinction while corporations are focused on growing their wealth.

READ MORE: I don’t want to have kids but I still see the value of having a family

Because of the growing climate crisis, several people started reconsidering having children. It’s a valid concern since, according to the Intergovernmental Panel on Climate Change (IPCC), we only have about 12 years to save the planet. Some people are skeptical about the number, but it’s undeniable that global warming exists and we’re all encouraged to act now and not wait for 2030.

Is this the world we want our kids to see? I want to have two kids in the future. The fact the economy isn’t great and we’re living in a world filled with dangerous leaders is enough to make me reconsider. But I don’t want a baby to not have the chance to live long enough due to climate change. It’s not a selfish decision. This is me being scared and somewhat protecting my non-existent children.

I’m obviously not alone in this. HuffPost cites that because of “eco-anxiety,” more women are deciding to not bring another life into the world. There are also teens and millennials who’ve joined movements like BirthStrike and #NoFutureNoChildren as part of their environmental activism.

READ MORE: Greta Thunberg: How a 16-year-old will save the world

Meanwhile, some have considered adopting kids amid the climate crisis. One mother tells HuffPost that she decided to take in children and use their existing resources in building a home for them, and not add to the world’s population. She adds this is her family’s way of reducing their carbon footprint.

On the other side of the discussion, there are still people who still encourage others to give birth. A “New York Times” op-ed emphasized that we should be raising more children to save the world. We agree that having children is a choice and we can’t dictate the decisions of those who want them, but we shouldn’t be complacent and put this pressure on the future generation to fix what the previous generations did to the planet.

At this point, we can’t expect the youth to change the world on their own, they need everyone’s help. So instead of shaming environmental activists like Greta Thunberg, or killing the ones who’ve been rallying in the Philippines, we should all be doing our part if we actually want children—not just our own—to have an actual future to look forward to.

Related stories:
Greta Thunberg garnering hate from men is almost laughable—if the world wasn’t burning
Why the Amazon Rainforest is everybody’s concern
If the Paris climate deal didn’t exist, we’d have dead crops and intense heat
7 everyday items that we can use to lessen our environmental footprint

Next
I suddenly got allergy symptoms without being allergic to anything. Or so I thought.